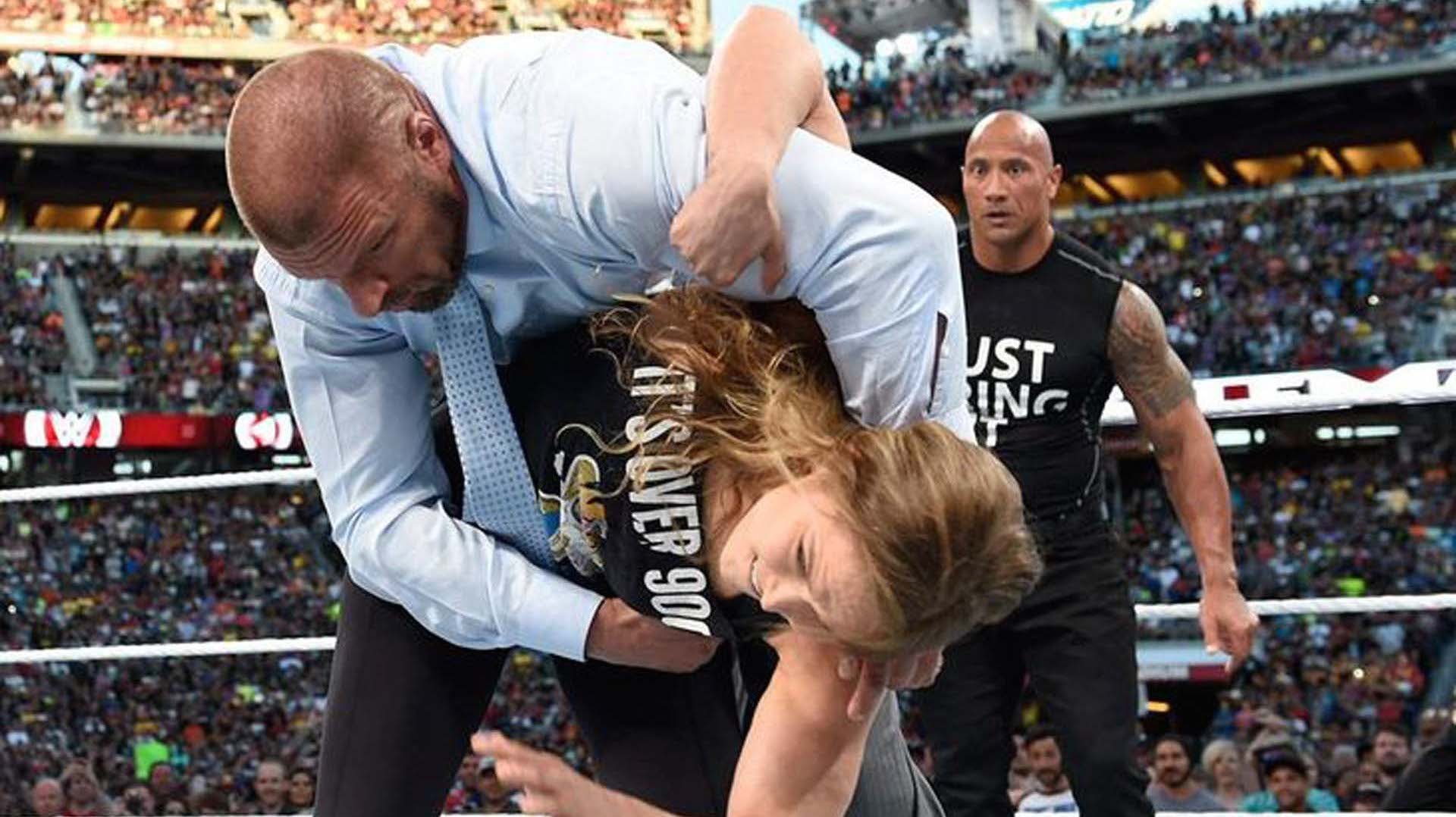 WWE COO and 14-Time World Champion Triple H will team up with his wife, RAW Commissioner Stephanie McMahon against WWE Hall of Famer Kurt Angle and the woman of the hour, Ronda Rousey at WrestleMania 34. The Game recently talked to the Express regarding his upcoming match and WrestleMania 34 in general.

This is actually Steph’s first match at WrestleMania. The opportunity to step in the ring at WrestleMania with Steph is very exciting, she’s very excited about that opportunity but then to go back in time, so to speak, with Kurt and I… It’s awesome to see Kurt come back after all this time.

Hunter then went on to speak about the person he considers to be “one of the biggest signings ever”, Ronda Rousey:

And then to step into the ring with probably one of the biggest signings from an outside notoriety standpoint and certainly one of the most amazing signings athletically is the signing of Ronda Rousey.

For her to come in to the WWE, not just as an attraction, not just as somebody coming in and looking for a moment or shine on a different platform, but she really feels like she’s home and that WWE is going to be bigger than anything she’s done in her career and she’s really excited about being here and wanting this.

The Cerebral Assassin then went on to say that it was a great feeling, being a part of the launch of Ronda’s career and everything that follows:

To be there as a part of the launch of that, and that’s really what this is, it’s just the opportunity to get her going and to kind of launch what she’s going to bring to the table.

It’s really exciting and this will be a special one for a lot of reasons for me and it’s funny because it kind of encapsulates a lot of things for me.

Triple H also said that Ronda Rousey will surprise a lot of people with her performance at WrestleMania:

Previous articlePhotos: The Vitor Belfort Story
Next articleWWE: WWE to sign a pair of wrestlers from Mexico