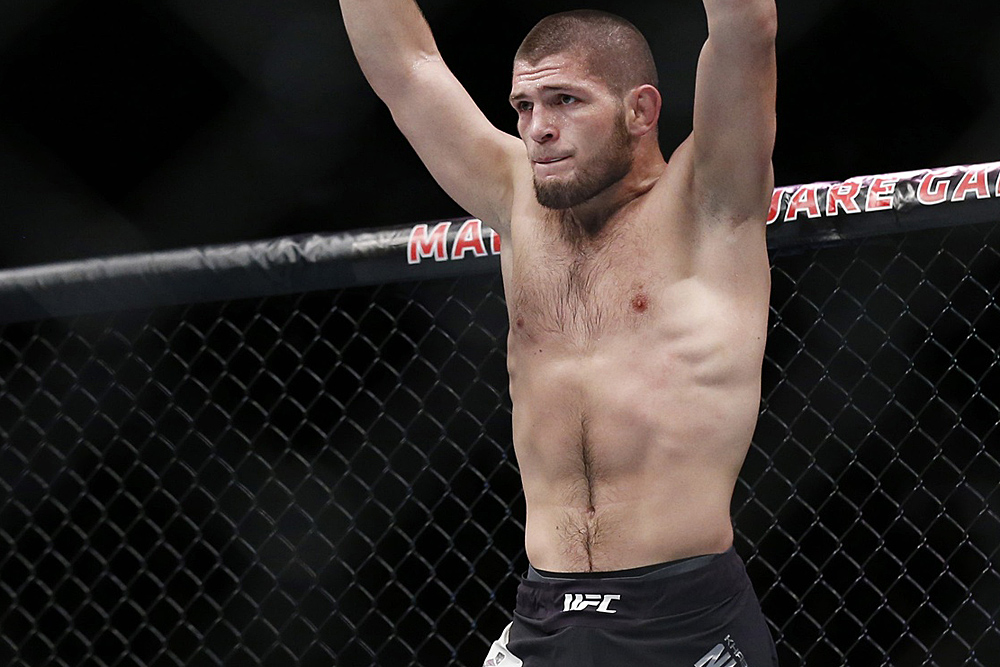 The worlds of MMA and pro-wrestling have been intertwined before and even currently are linked. Pro-wrestling and the WWE gave MMA and the UFC one of it’s biggest superstars ever who brought a lot of mainstream attention to the sport, i.e. Brock Lesnar. In recent times, one of the biggest MMA and UFC superstars have crossed over and signed for the WWE, Ronda Rousey. If rumours are to be believed then another big UFC, name might soon be crossing over to the WWE, i.e. former UFC heavyweight champion, Cain Velasquez. However, Velasquez’s teammate Khabib Nurmagomedov isn’t too impressed by Cain’s growing interest in the WWE and instead wants him to focus more towards his octagon return.

‘Rowdy’ Ronda Rosuey recently signed for the WWE at the Elimination Chamber PPV. She is now scheduled to make appearances at each and every RAW till Wrestlemania. To provide their support for Rousey many MMA and UFC superstars had been at ringside for the Elimination Chamber PPV. UFC light heavyweight champion Daniel Cormier and his friend Velasquez were two of the most well-knows faces in the crowd. After the PPV, the Mexican posted a cryptic tweet calling out Lesnar and hinted at joining the WWE and taking away his Universal title. Here’s what he had posted:

A few days later he sent out another tweet thanking Rousey and her husband Travis Browne for gifting him a WWE t-shirt and a customised WWE steel chair. Here’s the second tweet by “Cardio Cain”:

Thanks to @rondarousey and @travisbrownemma for the shirt. My daughter will love it until I get my own “El Toro” @WWE shirt. Got my chair too. Gonna practice hitting people with it at the gym. #WrestleMania #LuchaLibre #ElToro #WWE pic.twitter.com/xjnTWn62tY

Velasquez’s tweets had given fire to a lot of rumours that he might soon decide to join the WWE. However, his training partner and close friend Nurmagomedov is seemingly completely against the idea of Cain joining the WWE. He recently uploaded an Instagram picture with Cain and wrote the following as a caption:

“The Eagle” is completely against Cain joining WWE. However, WWE represents a highly tempting option for MMA fighters, as they won’t be getting punched in the face and it will also be financially a much better career prospect. Hence, if Cain is indeed tempted to join the WWE then he surely can’t be blamed.