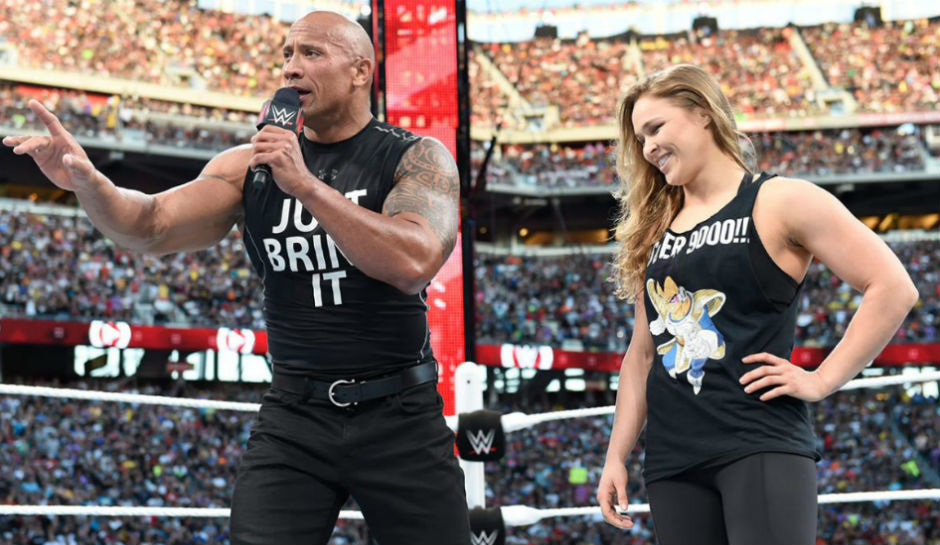 The UFC struck gold when they managed to sign former 2008 Olympic Judo bronze medallist, Ronnda Rousey. The world’s largest pro-wrestling promotion, WWE have their hands on the same money minting machine now. The biggest news in pro-wrestling currently is that Rousey is on her way to Wrestlemania. While there hasn’t been much in-ring action from her yet and the fans have only had little glimpses of wrestling from her. However, even though her move-set in the WWE hasn’t yet been revealed, she has still faced plenty of criticism from a lot of experts, particularly for apparently botching a “samoan-drop” on this week’s RAW. ‘Rowdy’ has now come out and revealed that she won’t be using old-school wrestling moves inside the squared circle but will rather use her Judo skills.

‘Rowdy’ Ronda Rousey first gained huge fame by becoming an Olympic medallist. Her transition into MMA helped increase her popularity as well the popularity of the sport. She soon became the Strikeforce women’s bantamweight champion and is probably the biggest reason that women’s MMA became highly popular. Strikeforce was later bought by the UFC and Rousey instead became the UFC’s first ever women champion. She defended her UFC belt for the first time against Liz Carmouche at UFC 157. The judoka’s first UFC title defense propelled her to even greater heights and truly made her an international celebrity. She was seemingly invincible and had dominantly defeated all of her opponents inside the first round. However, everything changed at UFC 193, when she faced Holly Holm. She was knocked-out by Holm in the second round and was then again defeated by Amanda Nunes at UFC 207 which has seemingly led to her retirement.

Rousey recently signed with the WWE and made her first appearance at this year’s Royal Rumble. She later signed an on-screen contract with the WWE at the Elimination Chamber PPV, her contract signing soon turned ugly and she executed a rather weird throw at Triple H, putting him through a table. Rousey then executed a samoan-drop at Stephanie McMahon at this week’s RAW.

Many pro-wrestling observers had criticised Rousey poor in-ring ability, claiming that she had apparently botched the samoan-drop and the throw she executed at Triple H. However, ‘Rowdy’ has responded to all the critics by revealing that she didn’t perform a samoan-drop and it was rather a Judo technique called “standing reverse kata guruma”. She also explained that the throw executed at Triphe H was also a Judo move called “Ura Nage”. Here are Rousey’s tweets:

This revelation will silence a lot of Ronda’s critics. It’s also refreshing to watch someone use interesting Judo techniques inside the WWE ring.