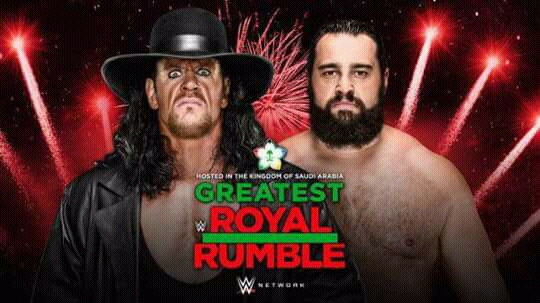 Minutes ago, it was confirmed that Rusev will take on none other than The Undertaker at the above mentioned event. Moreover, the match will be a casket match.

This is strange and fascinating at the same time. After The Undertaker retired at WrestleMania 33, everyone thought he is done from wrestling. But Taker actually wrestled John Cena in a lopsided match and left the arena with his ring attire on.

Having the ring attire may signify that Taker is not retired yet and the match against Rusev confirms it. Maybe, all these will lead to a Career vs Career match against John Cena at WrestleMania 35.

Rusev is one of the most popular wrestlers in WWE at the moment, and facing Taker is always a matter of pride. It is a win-win situation for him, whether he wins or loses the match.

If by any chance, Taker puts over Rusev in the match, it will be a tremendous catalyst for Rusev’s career and may even send him to main event status.

All our answers lay upon the match on 27th April. Incidentally, John Cena and HHH will face each other at the event.