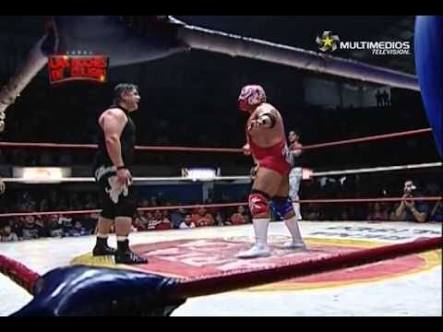 Mexican wrestling, also known as ‘Lucha Libre’, has wowed the wrestling audiences for years. Wrestlers like Rey Mysterio and Mil Mascaras were internationally famous and luchadores like Fenix and Pentagon jr are keeping the tradition alive in the international circuit. WWE already has a trio of luchadores in 205 live and another in Smackdown roster, but still, they are expected to sign a pair of wrestlers from Mexico. 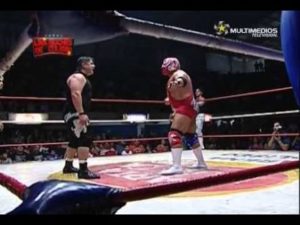 According to Wrestling Observer Newsletter, WWE are expected to sign Garza jr and Ultimo Ninja if they pass the medical tests conducted by the company.

Garza and Ultimo Ninja are actually cousins.Garza has recently worked for Impact Wrestling, both as a single wrestler and as a part of a tag team with Laredo Kid. Ultimo Ninja, on the other hand, has never worked for any big American promotion, but he has won tag titles at Crash Lucha Libre alongside his cousin.

WWE reportedly is interested in the potential of the cousins. Both are extremely young. Garza jr is just 25 years old and Ultimo Ninja is even younger at 22 years of age. But, they have a lot of experience due to growing up in a wrestling family. Garza jr has over a decade of experience in the ring, while Ninja have been wrestling for 5 years. The combination of their young age, experience and wrestling abilities are the reason WWE wants to sign them.

Garza jr is currently suffering from a mild shoulder injury, which will hopefully not affect his chances of being signed. They can either debut in NXT and boost their already strong tag team division, but the biggest possibility for them is to debut as a part of cruiserweight tag team division. Incidentally, Garza jr is required to reduce 10 pounds of weight to fit the weight limit of 205 Live.

Whatever WWE does with the cousins will be interesting to see, but hopefully the brothers will shine wherever they get the chance and they will keep the ‘Lucha Libre’ style intact in front of a huge audience.

Previous articleWWE: Triple H is excited to be a part of Ronda Rousey’s in-ring debut.
Next articlePhotos: The Sara McMann Story