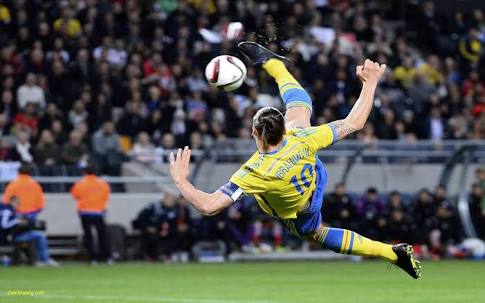 WrestleMania was a masterpiece of a concept by Vincent Kennedy McMahon which revolutionized the industry of pro wrestling. He risked a serious amount of money to get the show going, and now it is considered to be the “Grand daddy of all shows.”

Wrestlemania is synonymous with celebrities. Vince McMahon lured celebrities into the ring at the yearly event in order to gain mainstream attention, and it worked. Mr. T main evented the very first years. In subsequent years, well known personalities like Pete Rose, Ronda Rousey (Who later became a WWE Wrestler) and Mike Tyson became a part of WrestleMania.

Even last year, we saw Rob Gronkowski helping Mojo Rawley win the Andre The Giant Memorial Battle Royal (and basically destroy whatever importance it had), getting in the ring and tackling Jinder Mahal in the process. If the reports are to be believed, this year is set to be no different.

A surprising report of Sweedish goalscorer Zlatan Ibrahimovic appearing at WrestleMania has popped up. Now, footballers are not new to WWE appearances. During a show at Manchester, Wayner Rooney was the victim of insults from Wade Barrett, who got slapped in the face by the former England captain.

The reports stem from the fact that Zlatan is currently a member of Los Angeles Galaxy of MLS. He recently debuted for his new team in an incredible fashion, finding his name on the scorecard in an easy 3-0 victory for his side.

If the reports are true, and Ibrahimovic appears at WrestleMania, it will probably be as a member of the audience and he will be probably be highlighted by the celebrity-conscious WWE commentary team.

Who knows, Ibrahimovic may be seen as the part of an audience skit alongside John Cena, who is also going to WrestleMania as a fan, as The Undertaker has not accepted his challenge. Ibrahimovic will by all probability not be a part of in ring action if he appears, but considering his controversial nature, even that is not totally impossible.

No matter what capacity, a Zlatan cameo, although still unlikely by my book, would send everyone into a frenzy.

WWE: Bayley will not turn heel in recent future