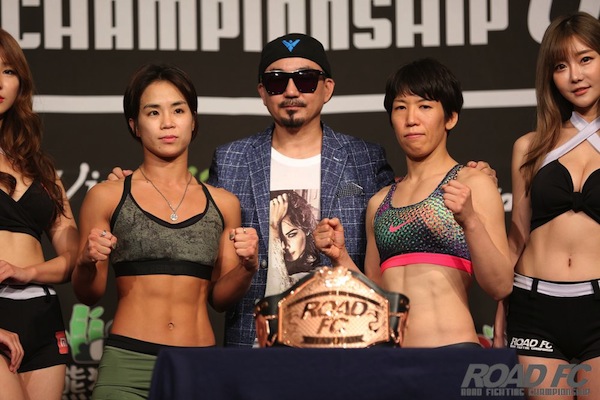 June 9, 2017 – ROAD Fighting Championship announces the Official weigh in results for Xiaomi ROAD FC 039 which will take place on June 10, 2017 at the Jangchung Arena in Seoul, South Korea.

In the main event for the ROAD FC Women’s Atomweight title, Ham Seo-Hee and Kurobe Mina both made weight.

Kurobe Mina said, “The belt is beautiful. I will put on a good fight tomorrow. I’m sure of winning. ROAD FC is a big competition and to be the first atomweight champion would be huge. I am honored, and I will definitely win the title. I don’t really have a strategy. I’ve prepared for her attacks and I will defeat her technically. And I don’t think my age is a disadvantage.”

Ham Seo-Hee said, “This belt is really cool. I hope Kurobe will only keep her Japanese belt [laughs]. Up until this moment I didn’t know how bad I wanted to win. I was about to finish my life in MMA when I got this opportunity. I know I’m persistent and I will win. Also, people have called me ‘Hamderlei Silva’, but I would like a new nickname. Please think of one for me.”

Myung Hyun-Man said, “This will be a good fight because we are both exciting. I will put on a great performance because I think this is an important match.”

In the Women’s Openweight rematch between Yoshiko and Chun Sun-Yoo, there was an almost 20kg advantage to the Japanese pro wrestler, but Chun has the height.

Chun Sun-Yoo said, “I won’t make the same mistake twice. I will shatter her in the cage.”

Yoshiko said, “I’ll end this just like I did the first time.”

In the Taekwondo versus Karate match, Moon Jea-Hoon and Asakura Kai both made weight.

Moon Jea-Hoon said, “This is a confrontation between Taekwondo and Karate. With the pride and honor of Taekwondo, I will surely get the KO.”

Kim Seung-Yeon said, “When you watch my fight you’ll be so excited that you will pee. So bring extra panties.”

On the Young Guns 34 undercard, both fighters in the women’s -48kg catchweight match did not pass on the first try, Hong Yun-Ha and Arai Mika.

In the final International Trials for the $1 Million Lightweight Tournament, Rafael Fiziev and Kim Seung-Yeon both made weight.

Rafael Fiziev said, “I came here for one reason, to fight. I’m a husband and a new father. I do this for my family.”

Live in Korea on MBC Sports Plus

Live in Japan on Abema TV

In China on CCTV 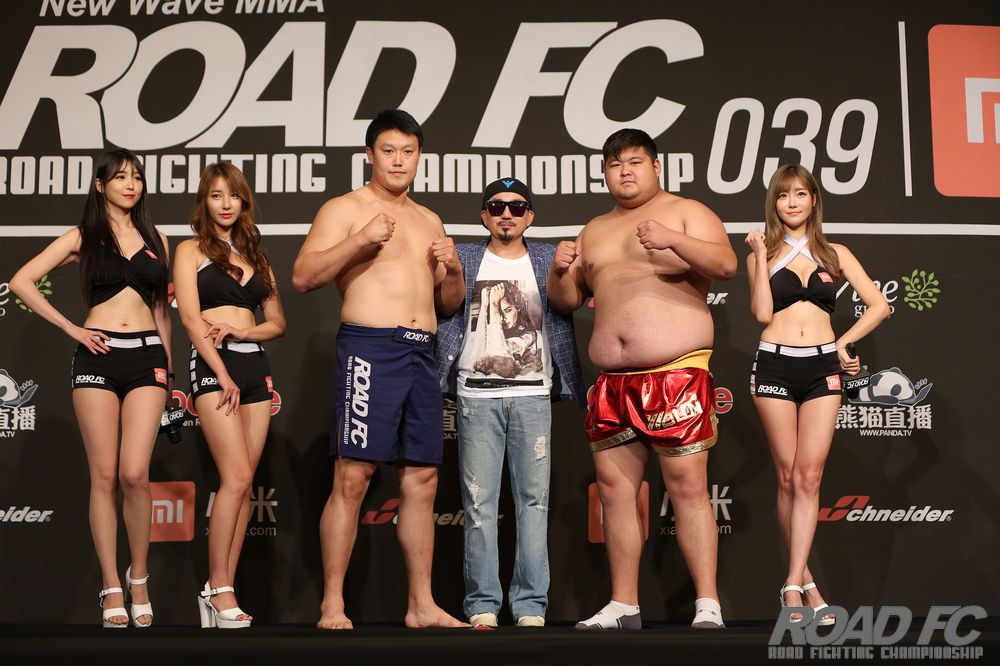 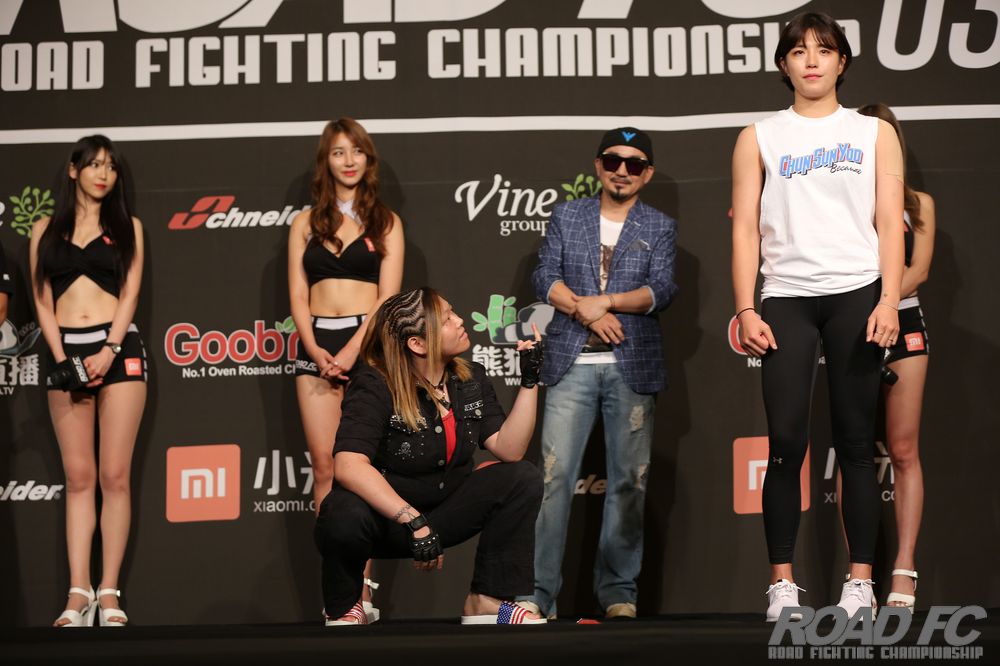 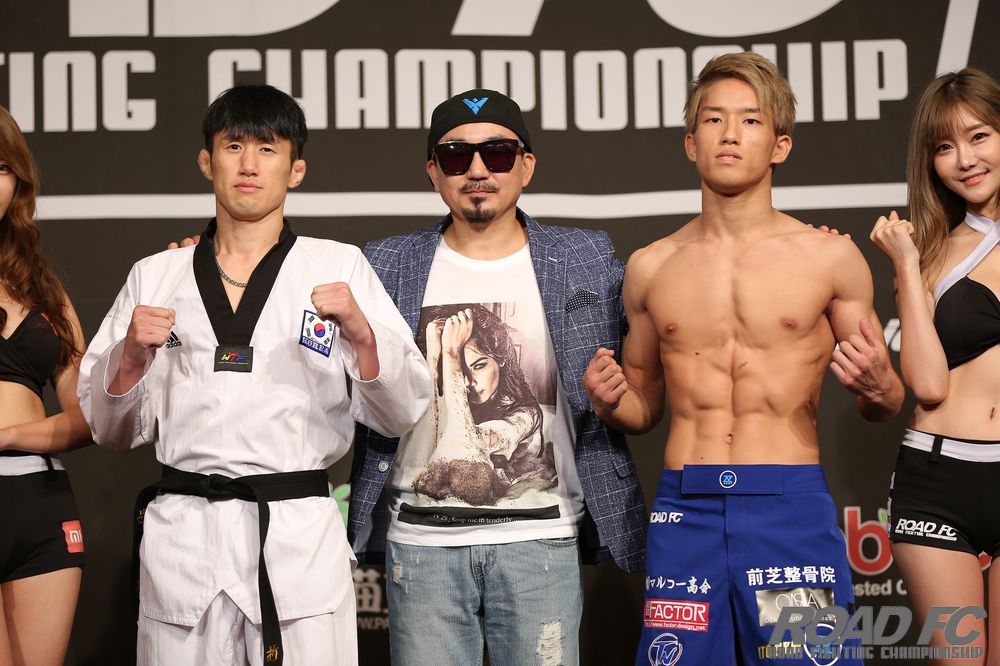 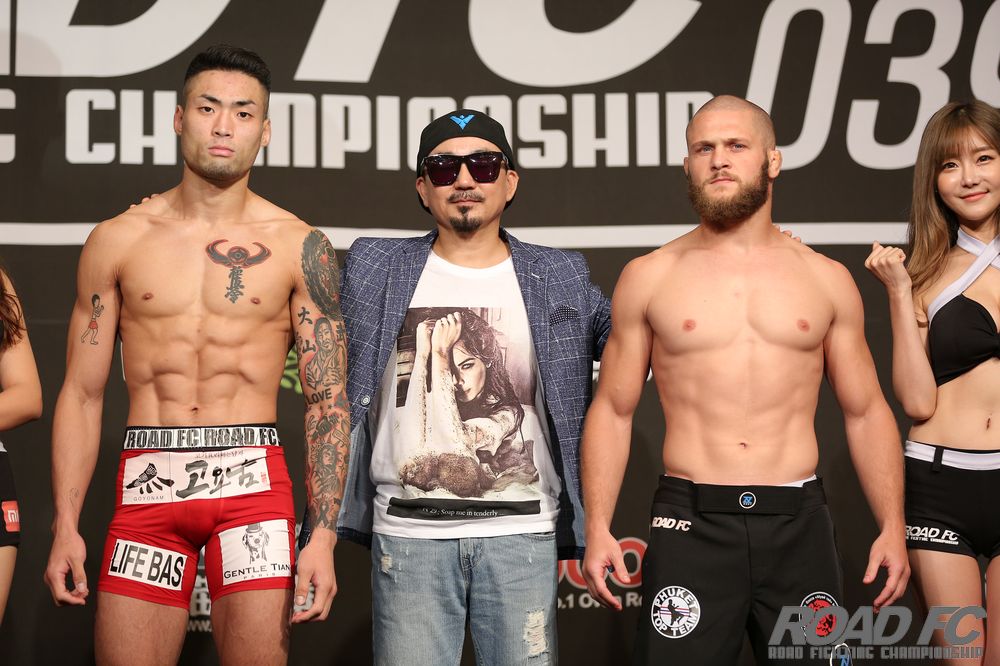 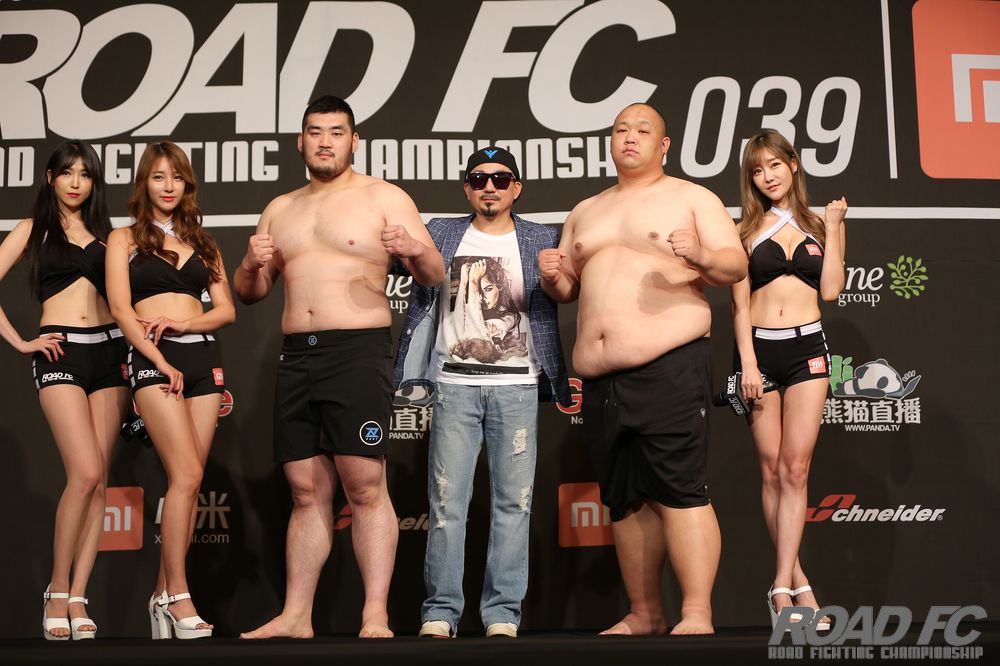