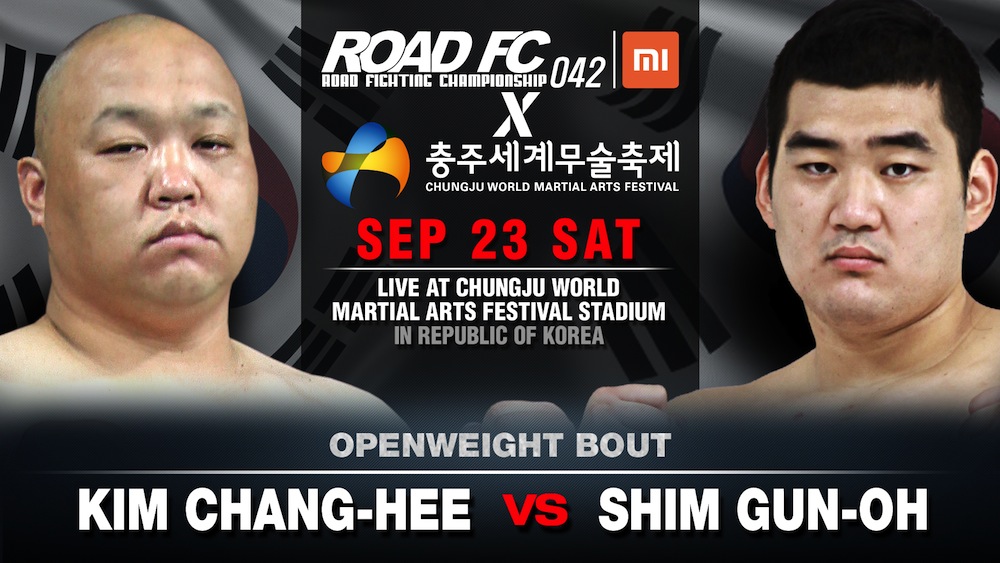 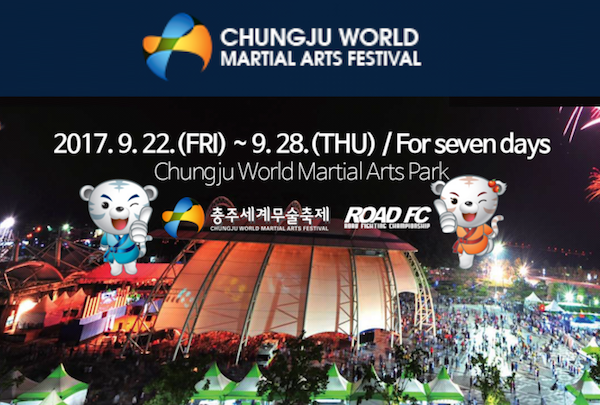 In 2010 the Festival was designated a UNESCO-sponsored festival, and this year marks its 19th anniversary. The Festival will be held September 22 through 28, and will feature Taekgyeon, Ssirum wrestling, the Olympic sport of Taekwondo, and almost one hundred other martial arts from across the globe. Aside from the hundreds of participants, demonstrators and competitors, upwards of half a million visitors are expected to attend.

Under the auspices of the World Martial Arts Union by permission of the Korean Ministry of Foreign Affairs, ROAD FC is honored to present MMA for the first time as a part of the Chungju World Martial Arts Festival with Xiaomi ROAD FC 042.

The first bout announced for this event is an Openweight rematch between Kim Chang-Hee (1-3-0-1, Free) and Shim Gun-Oh (2-2-0-1, Kim Dae-Hwan MMA). Both fighters originally met at ROAD FC 039, but an unfortunate unintentional eyepoke and headbutt caused the match to be stopped at just 25 seconds of the first round for a No Contest.

Originally, the stage was set for style versus style as Shim is a wrestler with heavy hands and Kim is a kickboxer who transitioned to MMA. The brawling big men were eager to get back into the cage once Shim healed completely.