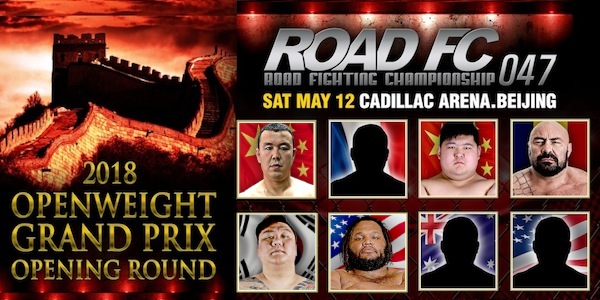 For immediate release, March 29, 2018 – ROAD Fighting Championship has announced that Xiaomi ROAD FC 047 will take place at the 20,000-seat Cadillac Arena in Beijing, China on May 12, 2018. The opening round of the inaugural 8-man 2018 Openweight Grand Prix will be held. Three more participants are now announced: Chris Barnett, Wu Lahan, and Kim Jae-Hun. 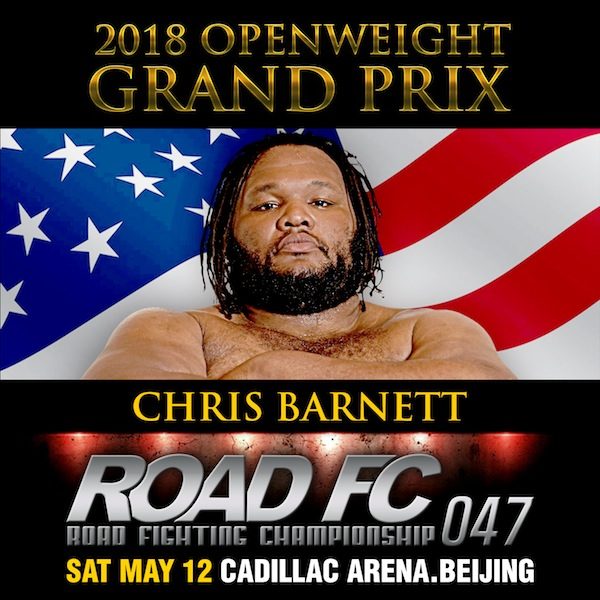 Chris “Beastboy” Barnett (16-6, Barnett Taekwondo Academy) is one of the most exciting heavyweights in action today. He comes from a family of Taekwondo practitioners and brings exactly those kicking skills into the cage. Barnett achieved dominance in Island Fights then launched his career in Asia with tournaments in IGF and Rizin, so the ROAD FC Grand Prix is right up his alley. He ended 2017 with a strong beatdown of wrestler Shim Gun-Oh at ROAD FC 045, and will keep that momentum going. 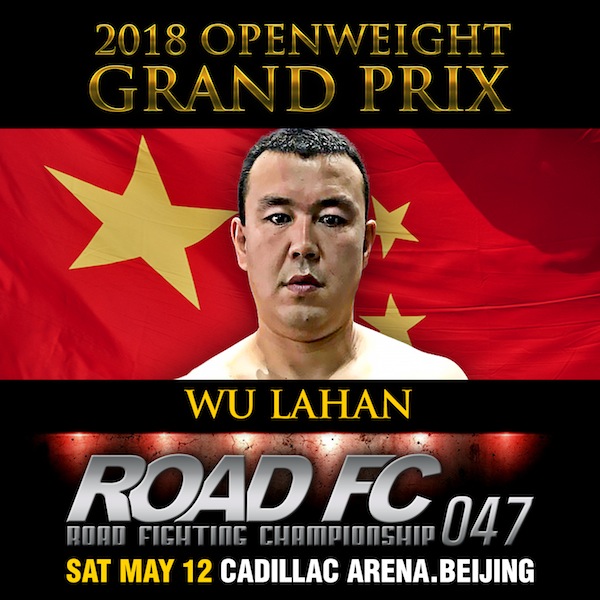 Wu Lahan (5-0, Tianjin Jitianlong) is a 196cm giant from China who has the right mix of striking and grappling prowess. He has been a National Sanda champ three years running, but he counts submission finishes on his MMA record. In the new Ganryujima promotion, he became known on the international scene. Wu’s debut in ROAD FC was a dominant performance that showcased exactly what he’s capable of. Wu will make a commendable addition to represent China’s new MMA strength. 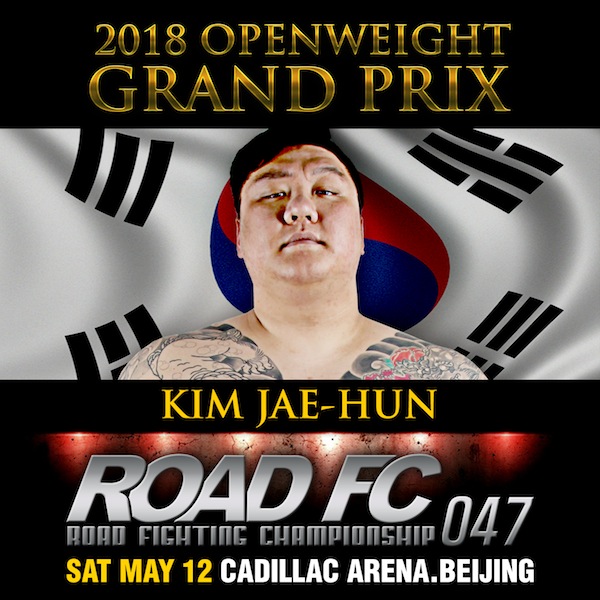 Kim Jae-Hun (0-3, Team Korea) steps up as the definite dark horse in representing Korea, after recent title contender Myung Hyun-Man was set out with an injury. Kim’s performances have been brawling nailbiters that see him rushing out of the corner for a war, but seeing the opposition’s flag raised instead. His last match against kickboxer-turned-MMA reality star Heo Jae-Hyuk looked to be the turning point in his favor with a one-sided thrashing until a slip let his opponent claim the last minute victory. Kim will be the underdog, but expect nothing less than his all.

Two other competitors have been previously announced. China’s standout young superstar Aorigele will look to cement his prospect status in an international field of top fighters. Romania’s PRIDE veteran Sandu Lungu will make a massive impact with judo and fists of iron.