Yair Rodriguez gives an update on his future 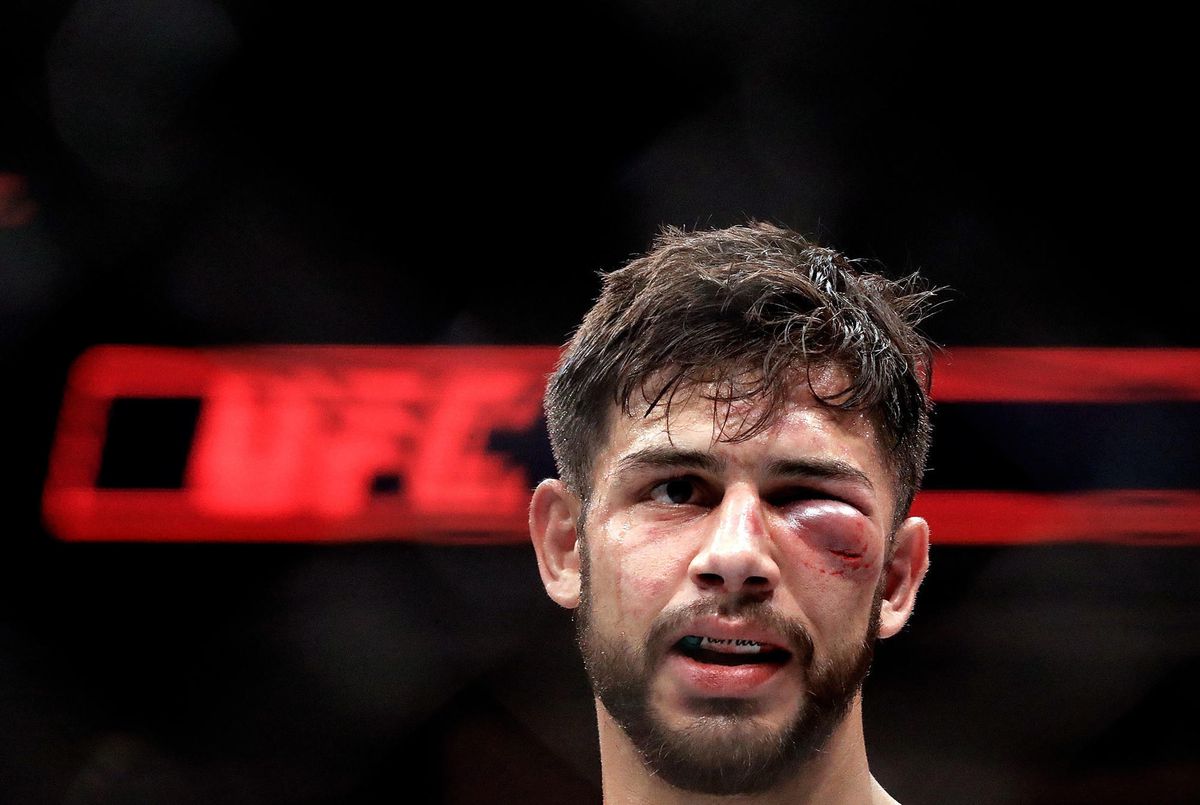 Brett Okamoto recently posted on Twitter that he ran into Yair Rodriguez in Chicago. Rodriguez mentioned that he helped prepared Cowboy Cerrone for Tony Ferguson.

He also mentioned that he had to give his nose a long time to heal after the KZ fight and now he’s eyeing his return. He aims to return this fall and eyes a fight in Mexico.

Ran into Yair Rodriguez (@panteraufc) yesterday in Chicago. He helped Cowboy prepare for Ferguson. Said he had to give his nose a lot of time to heal after KZ fight but he’s getting close to a return. Mentioned this fall, and wanting to fight in Mexico.

At UFC Denver, Rodriguez headlined the night when he took on ‘The Korean Zombie’ Chan Sung Jung in an incredible five-round thriller. At no point during the five rounds did it feel like the fighters were trying to get by, as each kept throwing combinations at the other looking to finish the fight.

While Rodriguez tied the record for the latest finish with Demetrious Johnson, when he took out Jung at the last second with an incredible vertical elbow which connected with Jung’s jaw, he took damage as well. Throughout the night, he kept throwing incredible combinations, but Jung seemed to have his number and hit him with several significant blows. “No serious injuries, just my nose is broken,” Rodriguez told The Ariel Helwani MMA Show following the fight. “I’m trying to take care of my body for the next couple months, I think.”

Previous articleCowboy to Conor McGregor: Sit yo a** down!
Next articleCowboy feels either Khabib or Dustin Poirier will pull out of UFC 242 title fight – and he’ll step in