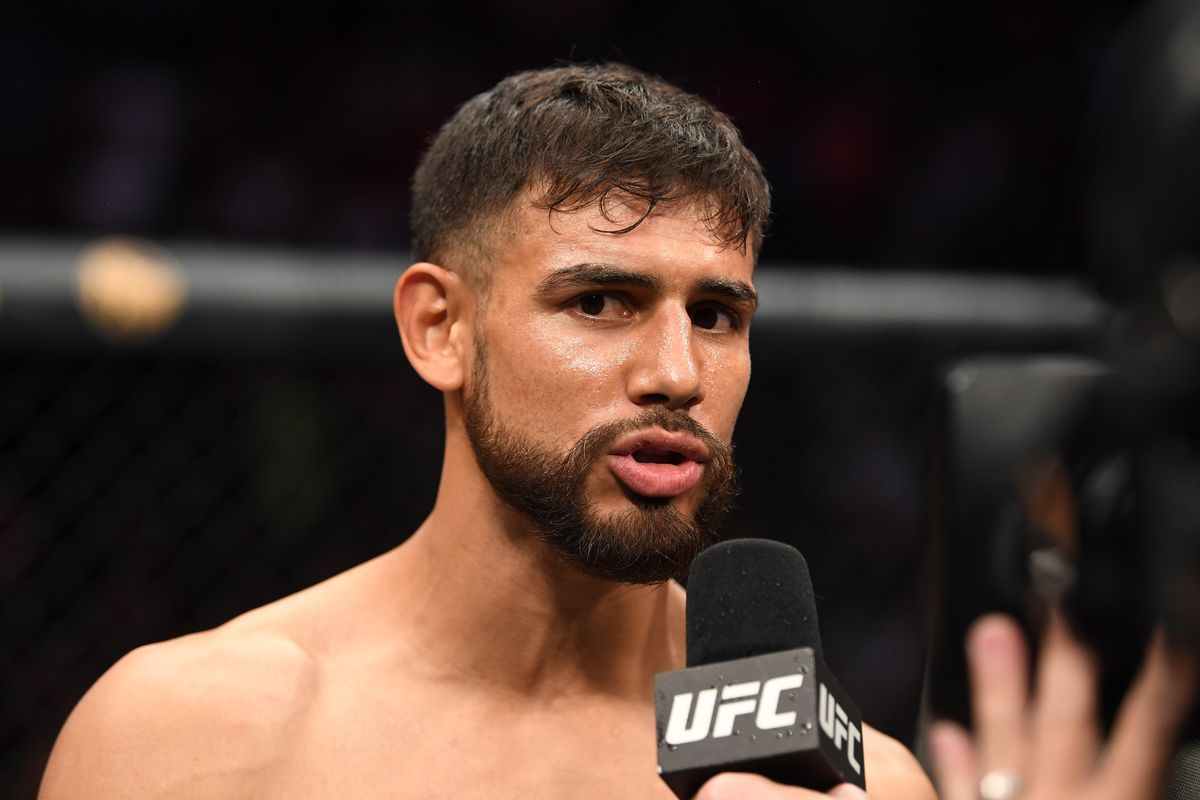 Yair Rodriguez and Jeremy Stephens had their little bad blood boiling between them before their fight last weekend. The two had originally met last month in UFC New Mexico. After the fight ended due to an accidental eye poke, they had a run-in at the hotel that ended with a bit of a physical altercation.

UFC decided to re-book the fight for UFC on ESPN 6. Rodriguez won the back-and-forth affair via a unanimous decision. At the end of the third round, Stephens picked up a battered Rodriguez and both the fighters hugged it out. That looked like an unpredictable plot twist. The reason being what the two had said about each other prior to the fight.

Rodriguez was taken to the hospital, after the fight,  which meant he didn’t get to address his latest victory. He instead took to Instagram to thank his team and the “warrior” in Stephens that showed up with the intention of putting up a great fight.

I have a great team, there are plenty of words to express such gratitude, not only to my coaches but also to my friends and my family for always being with me. Despite all the bitterness that can become an experience, we always look for the positive side of things and improve as human beings.
I had a pending account against a great rival, I knew it would be a hard test in my career but I feel grateful and blessed by God for the opportunity to win this victory.
Focused and improving day by day, I am sure that I will reach the top in this world.
I go with everything and everything but I do not go alone .. .
I HAVE A GREAT TEAM! .
My respects for this warrior who, despite all that happened before this fight at the end, showed respect and that this is only part of the “business” business. .
I only seek to face the best of the best in the division and I hope that the @ufc after 9 fights for them, within which 8 are victories, 7 bonuses for fights and performances of the night, give me the opportunity to fight Soon for a world title.

After amassing a record of 8-1 in the UFC, “El Pantera” is now gunning for a title shot. Not to forget before the Stephens fight, Rodriguez had scored an unbelievable come from behind victory over ‘The Korean Zombie’.

Yair must be waiting eagerly to see who wins the 145 pounds title clash scheduled for UFC 245. Champ Max Holloway and  contender Alexander Volkanovski will battle it out for featherweight supremacy. As of now there is no surety that he will face the winner of the fight. However, he sure has made a very strong case for being the next title contender with his victory over Stephens.

Previous articleTony Ferguson calls out for a rematch against Jon Jones from their college days
Next articleUFC: Darren Till praises ‘terrific fighter’ Colby Covington but gives edge to Kamaru Usman in upcoming clash