The United States Anti-Doping Agency (USADA) has suspended Yair Rodriguez, a popular UFC featherweight fighter, for six months due to a whereabouts violation. 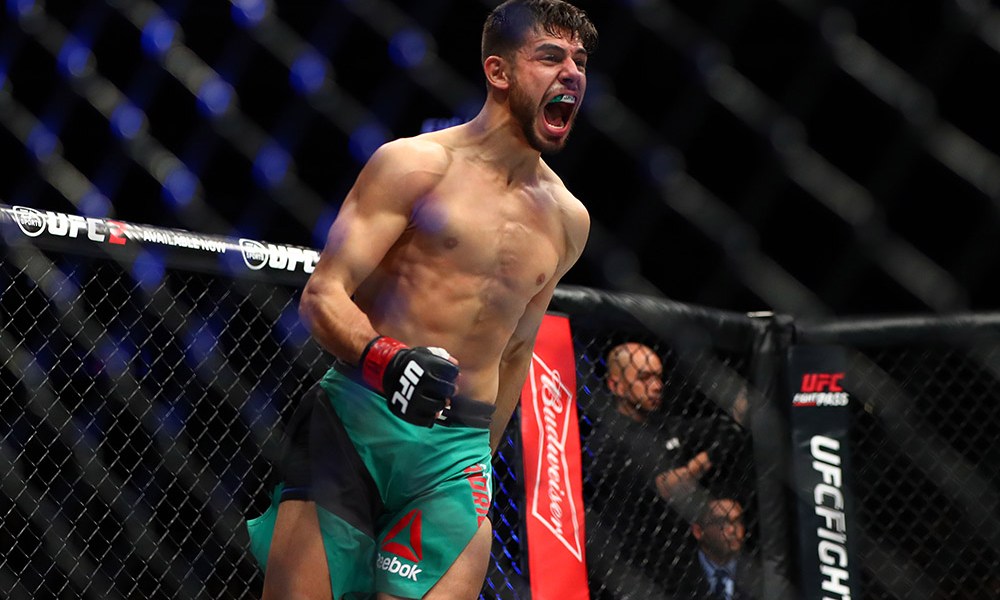 The featherweight contender Yair Rodriguez received a suspension from the United States Anti-Doping Agency for violating the UFC’s anti-doping partner USADA for failing to file his location for testing three times in the past 12-months. He did not receive it for failing any drug test but instead, he was not available for testing on several occasions.

UFC fighters are required to fill out their location at all times in advance on a USADA smartphone app so that doping control officers know where to show up to administer random drug tests. If a fighter fails to fill out the whereabouts information or is not available when sample collectors arrive, he or she faces a whereabouts violation. If three violations occur over 12-months, that fighter could be suspended.

The typical whereabouts violation ban is 12-months, but Yair got a reduced sanction because his actions did not raise any suspicion that he was attempting to avoid testing, per a release.

UFC President Dana White recently hinted that Yair Rodriguez would be sidelined for the immediate future after he had been connected to a fight against Zabit Magomedsharipov earlier this year.

“I don’t think he’s going to fight soon,” White said at the UFC Vegas 15 post-fight press conference. “I don’t know what the deal is. It’s none of my business what’s going on there. When it comes out, it will come out. It’s none of the UFC’s business. When they figure it out they’ll let us know.”

“Like all UFC athletes, Rodriguez, 28, is a member of the UFC Registered Testing Pool and is therefore subject to certain Whereabouts responsibilities, which allow him to be located for testing,” USADA officials wrote in a statement. “Accurate Whereabouts information is a crucial component of an effective out-of-competition testing program because it enables anti-doping organizations to conduct no-notice sample collections, which helps maintain effective doping deterrence and detection.

USADA officials added that Rodriguez was eligible for a reduction in his sentence because “his conduct did not raise suspicion that he was trying to avoid being available for testing.”

Yair Rodriguez, who hasn’t competed since October 2019, will be eligible to return in March 2021. He was scheduled to fight Zabit Magomedsharipov in August but withdrew due to an ankle injury. Rodriguez is not the only UFC fighter to be suspended for missing mandatory drug tests. Most notably, former UFC welterweight title challenger Nick Diaz was suspended for one year in 2018 for the same violation.

With an 8-1 (1 NC) record in the UFC, Rodriguez has been touted as one of the best prospects in the sport before eventually becoming a top contender in the featherweight division. Following an incredible last-second knockout against “The Korean Zombie” Chan Sung Jung, Rodriguez earned a Fight of the Night award for a back-and-forth war against Jeremy Stephens in his last appearance in October 2019.

Unfortunately, Yair Rodriguez has been unable to compete since then and now it looks like he’ll have to wait until March 2021 to book his next fight.

Niko Price suspended for ‘Six months’ by NSAC for Marijuana

Previous articleJake Paul: I am dedicating my life to beating Conor McGregor
Next articleAlexander Volkanovski interested in moving up to lightweight division