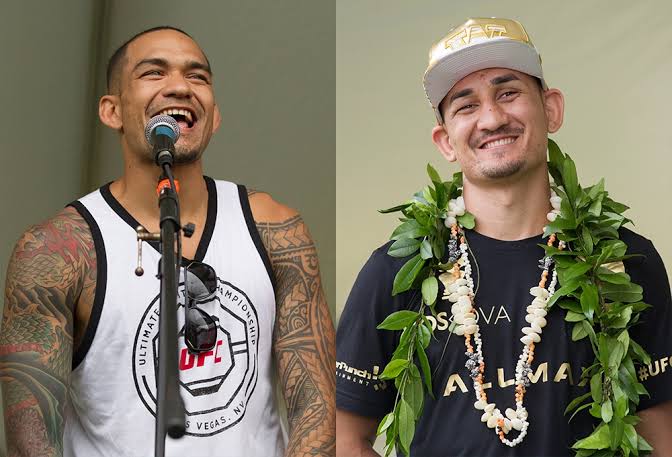 At UFC 236 couple of weeks ago, featherweight champ Max ‘Blessed’ Holloway had a chance to add another gold on his waist as he took on a surging Dustin Poirier for the interim lightweight title.

Holloway being a big featherweight, even making the lightweight limit of 155 pounds might have been tough for Holloway. Last time when he was slated to fight at lightweight, Holloway was asked to stop cutting weight and further not allowed to compete at UFC 223 back in April last year. That being said, Holloway entered the octagon as a heavy favorite. 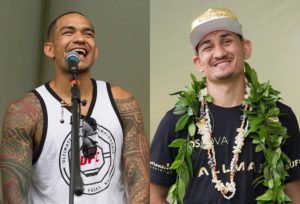 Unfortunately, Poirier had a bigger pop behind his punches as his power prevailed Holloway’s volume for a unanimous decision. The majority of the MMA community concluded the fact that Holloway might as well be a bit undersized for lightweight. Holloway’s training partner and fellow Hawaiian, Yancy Medeiros however disagrees. Medeiros claimed Holloway didn’t get enough time to prepare for the fight and that the story could have been different if he had so.

“For Max, it was like a six-week camp, and I think he did great off a six-week camp,” Medeiros said. “No excuses, I’m just saying Max having a longer camp? Way different results, I think. Not saying it would alter the win or the loss but if he had 13 weeks to train for Dustin. A lot more variables to take place.”

A drop back to featherweight is another option for Holloway where he has a pool of exciting opponents like Zabit Magomedsharipov. However that would mean him risking his health for doing so.

Previous articleDana White predicts Zuffa boxing push later this year: I’m making all my moves after this summer!
Next articleWatch: Sage Northcutt featured in the next Street Fighter film