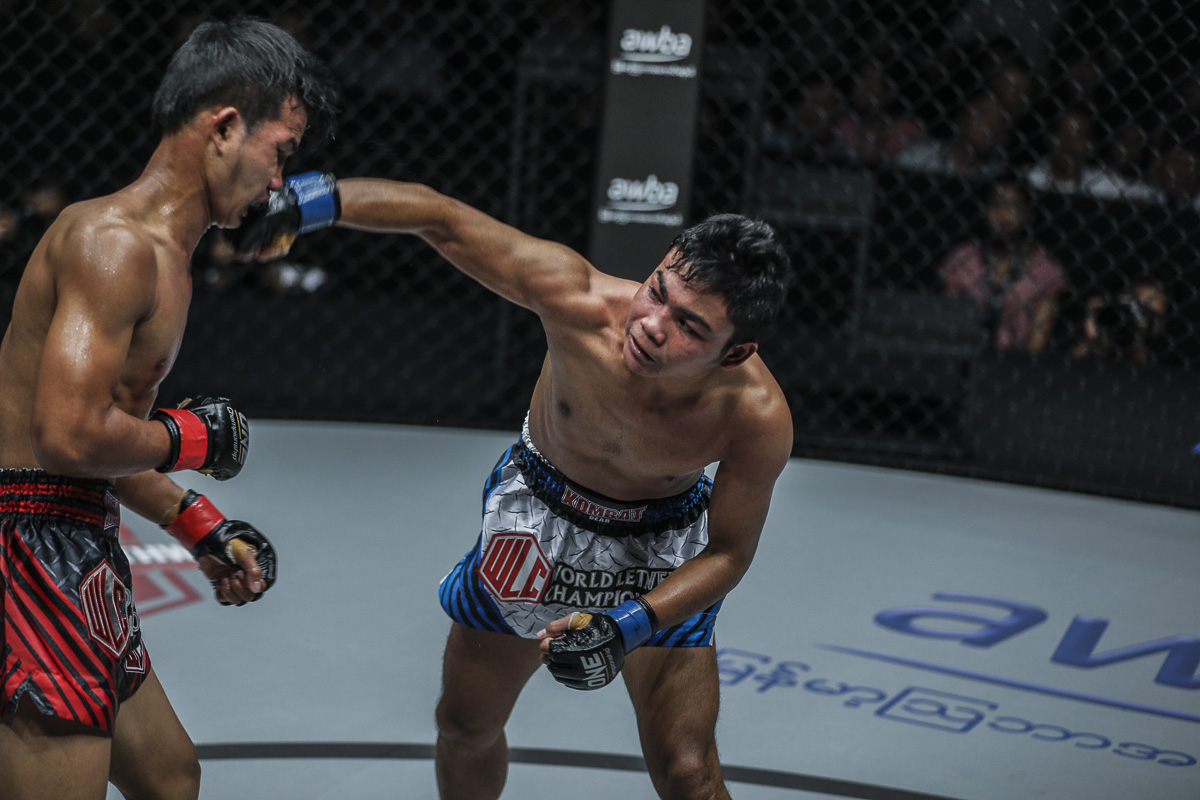 It was an all-Myanmar battle, as fellow compatriots Saw Min Min and Ye Thway Ne clashed on Friday, 23 February, at ONE: QUEST FOR GOLD. Neither man disappointed.

The two lethwei-based warriors entertained the masses at a packed Thuwunna Indoor Stadium in Yangon, but it was Ye Thway Ne who walked away with the split decision victory after three rounds of intense martial arts action.

Almost immediately following a touch of the gloves, the two were trading punches, connecting with each other, and smiling the entire time.

Most of the opening stanza saw each man engaging in more of a boxing battle, but in the final minute of the frame, Saw Min Min — the ONE Myanmar Flyweight Tournament 2017 Champion — grabbed a hold of Ye Thway Ne’s head and dragged him to the canvas to close the round.

The fierce action continued in the second round, as Ye Thway Ne — a two-time lethwei Gold Belt Champion — threw punches in bunches. He blocked Saw Min Min’s shots with the top of his head, and then returned with strikes of his own.

Much like the other two rounds, the third featured flurries of punches by both men. Their chins seemed made of granite, as both warriors landed at will and absorbed the shots. Nonetheless, they continued pushing forward and traded heavy leather.

In the end, Ye Thway Ne took home the nod via split decision, and handed Saw Min Min the first loss of his ONE career.