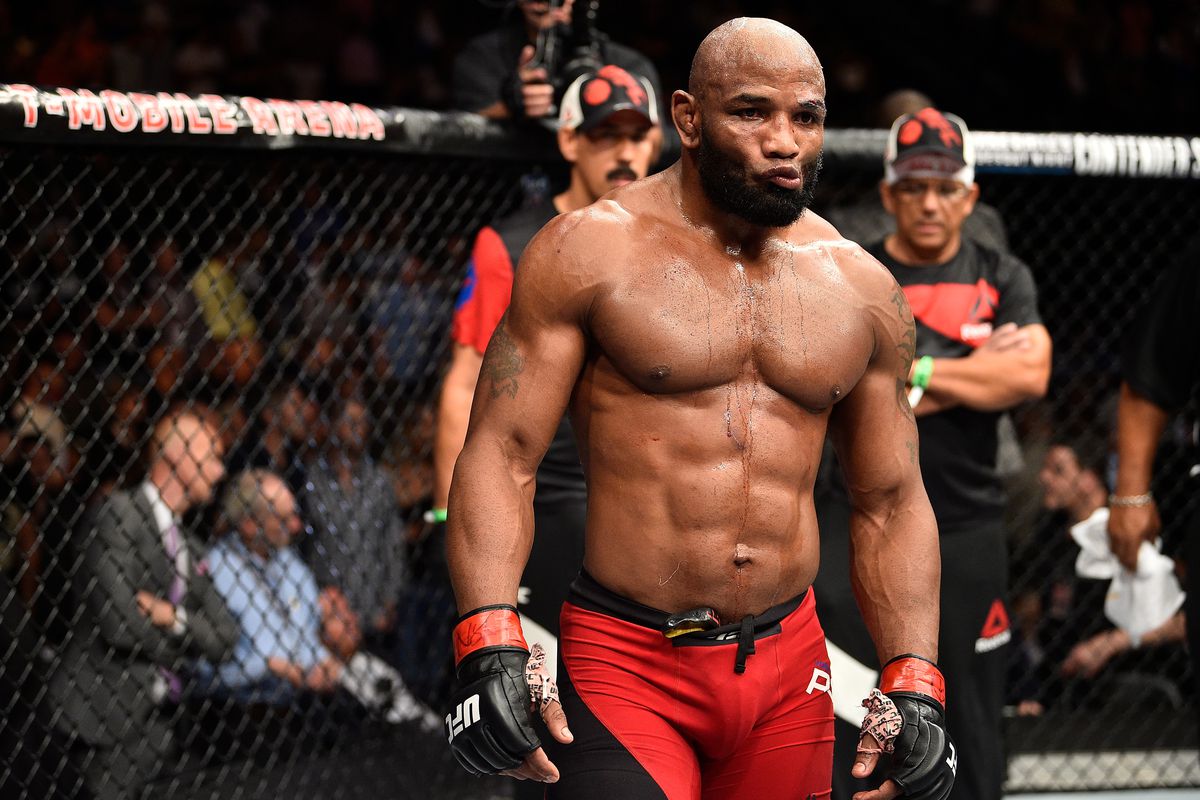 Yoel Romero’s Bellator MMA debut gets an indefinite postponement after the former UFC veteran failed his pre-fight medical screening before his Bellator 258 co-main event clash against Anthony Johnson on 7th May at the Mohegan Sun Arena in Uncasville, Connecticut.

Yoel Romero, whose reason for failing the medicals has remained classified, is also forced to pull out from the eight-man Bellator MMA Light Heavyweight World Grand Prix opening-round matchup.

The news was confirmed via an official statement from the promotion.

“Yoel Romero did not clear pre-fight medical testing and as a result, his BELLATOR MMA debut against Anthony “Rumble” Johnson has been postponed. BELLATOR will confirm a tournament alternate to face “Rumble” Johnson in the Light Heavyweight World Grand Prix as soon as possible,” the official statement from Bellator MMA read.

“Romero will become eligible to reapply for clearance to compete in the coming months, and we look forward to seeing him make his Bellator debut in the near future. Bellator MMA will look to reschedule the highly anticipated Johnson versus Romero matchup at a future date,” the statement added.

The pre-fight medical screening was conducted by The Mohegan Tribe Department of Athletic Regulation and the department director Mike Mazzulli declined to make a comment on Romero’s case.

This is the second postponement of Yoel Romero’s debut for the promotion after the “Rumble” Johnson fight was rescheduled from Bellator 257 on 16th April for an undisclosed reason.

As of now, Bellator has not announced a replacement for Romero to face Johnson in the Grand Prix quarterfinal fight on 7th May, and it is also not certain if Johnson’s fight remains on the Bellator 258 card that is just a week away.

Malki Kawa of First Round Management, who is the co-manager of Romero, tweeted that the 43-year-old will be “back very soon.”

A former UFC middleweight title contender, Romero parted ways with the UFC on 4th December last year after his third straight defeat in the promotion,first in a title fight against Robert Whittaker at UFC 225, followed by Paulo Costa at UFC 241 and then in another title fight against Israel Adesanya at UFC 248, which was also the last time Romero was seen in action.

The 2000 Olympics silver medallist Cuban penned a multi fight deal with Bellator just 10 days after his departure from UFC.