Yoel Romero reportedly out of Jacara Souza rematch with pneumonia 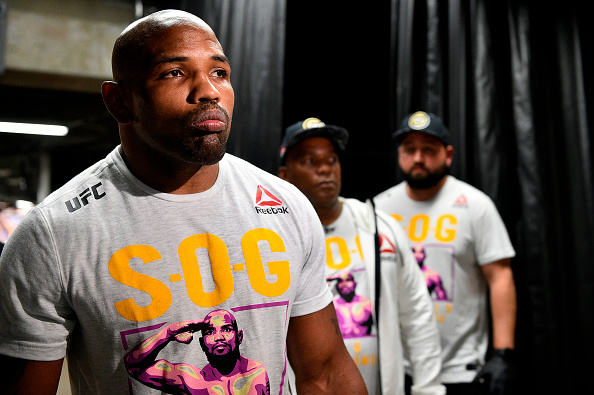 It appears the Yoel Romero – ‘Jacare’ Souza fight is in danger once again. The fight has already been through the wringer with Paulo Costa having to drop out from it. ‘Jacare’ Souza stepped up in his place to face Romero, however, now it appears that Yoel Romero is the one to be dropping out.

According to a report by a Brazilian media AgFight, Romero has contracted Pneumonia in the leadup to his fight against Jacare Souza. As a result, there’s a chance that the UFC Fort Lauderdale fight won’t be happening. Romer has now dropped out of his fight against Souza.

At the moment, Souza does not have an opponent, and might not remain on the card if UFC is unable to find him a fight. Souza and Romero had met previously at UFC 194, and on that occasion, Romero had won via Split Decision. The fight would have been a rematch and would have served as a headliner. Now it will be interesting to see which fight UFC chooses to headline and whether Souza stays on the card.

Romero was coming off a loss to Robert Whittaker, while Souza won his last fight after knocking out Chris Weidman.

The UFC on ESPN 3 event is scheduled for April 27.