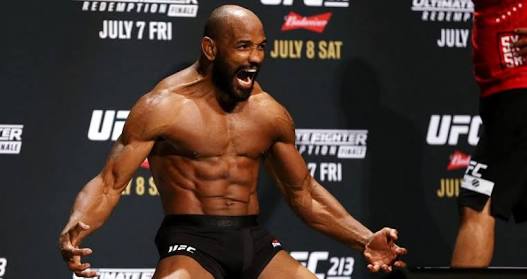 The entire world is familiar with the physical attributes of three time title challenger Yoel Romero.

Romero carries a jacked and chiseled physique which makes him look like an action figure of a Ninja Turtle, he somersaults his way inside the octagon and explodes out of nowhere to knock his opponent to an another dimension. He does all of this at the age of 41! 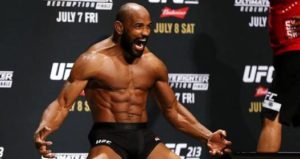 Romero got an opportunity to showcase his skills once again, this time however outside the octagon. Romero is currently participating in the reality show Exathlon, which features athletes competing in various obstacle courses and physical challenges. The episode was telecasted on Monday Night. Romero’s country man and teammate Jorge Masvidal competed in the last season of the same show where he survived for 13 weeks from a total of 17.

Romero was featured in an obstacle race. Needless to say Romero smashed his opponent here as well. (via Instagram):

Romero, without a shadow of a doubt, is a freak of an athlete. His athleticism is well exhibited especially in his fights against former champions Chris Weidman and Luke Rockhold.

Romero is slated to face another freak in Paulo Costa at Fight Night Miami on April 27.