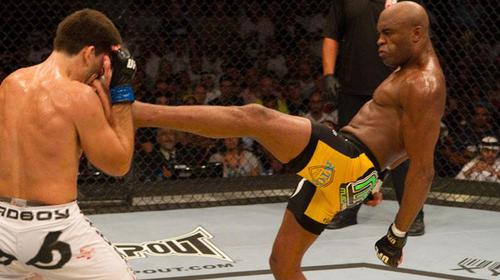 Anderson fought Nick Diaz at UFC 183 in 2015 and Anderson’s decision win was later over turned to a No Contest after both of them tested positive, Anderson for banned substances and Nick for cannoboid metabolites. Anderson feels because of the NC, both of them have unfinished business.

He fought Michael Bisping at UFC Fight Night London in February 2016 where he almost finished Bisping, who was famously saved by the bell and ref Herb Dean before getting the decision win over Anderson who disputes it to this day. Anderson called out Michael saying he’s waiting for him to finish his fight with GSP after which they can finish business, and let the fans know who really won a year ago