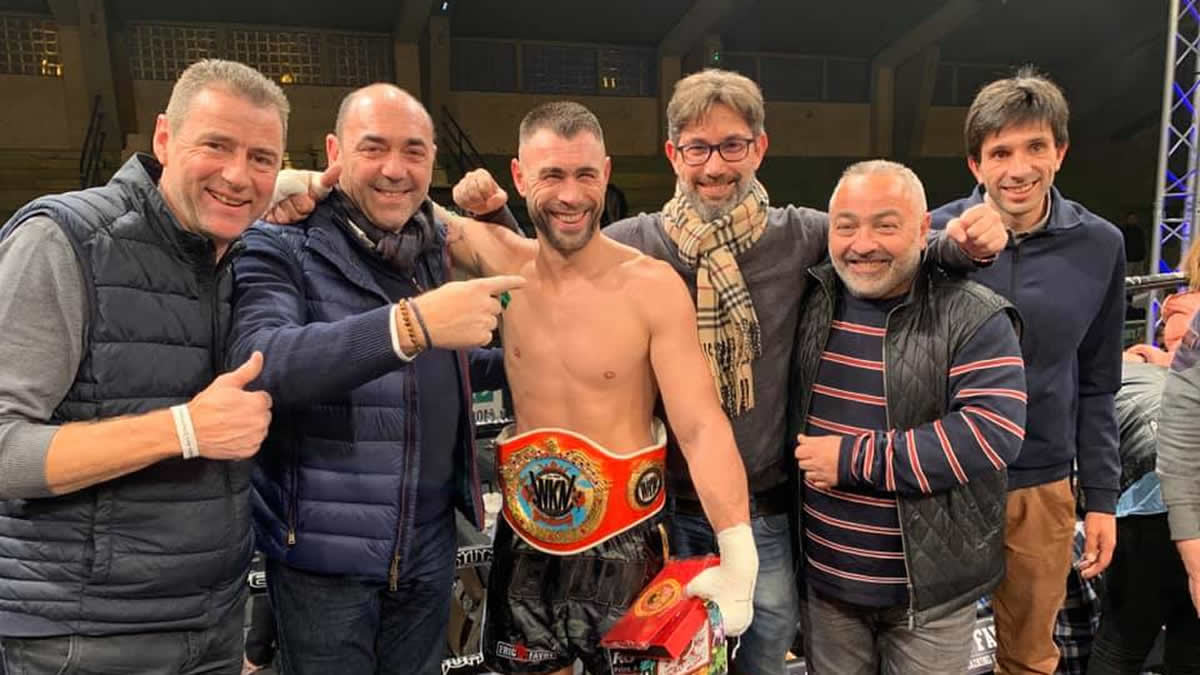 The World Kickboxing Network returned to France this past Saturday (Dec. 14) with La Nuit des Challenges 19 held at Palais des Sports in Saint-Fons. The event presented by Nasser Kacem featured a series of kickboxing and Muay Thai bouts with WKN world title contested in the headliner of the show.

French star Yohan Lidon faced Giorgi Kankava of Georgia in defense of his WKN World Super Middleweight title. The championship bout went a full five-round distance. The judges’ decision unanimously went in favor of the representative of the country-host, Lidon, who retained his belt, making the fifth successful defense.

The event also featured the four-fight Muay Thai tournament Team France vs. Team Thailand. All bouts ended in favor of the local athletes.

Two-style WKN super featherweight champion Brandon Vieira scored the second-round KO against Kongmuangtai. Hakim Hamech also came out victorious by knockout in Round 2 against Plangrith. Abdelnour Alikada stopped Attapong in the third round, and Antar Kacem knocked out Phetkoksak in Round 2.

The rest of the card featured a series of bouts with local and international competitors. The complete results can be found below.