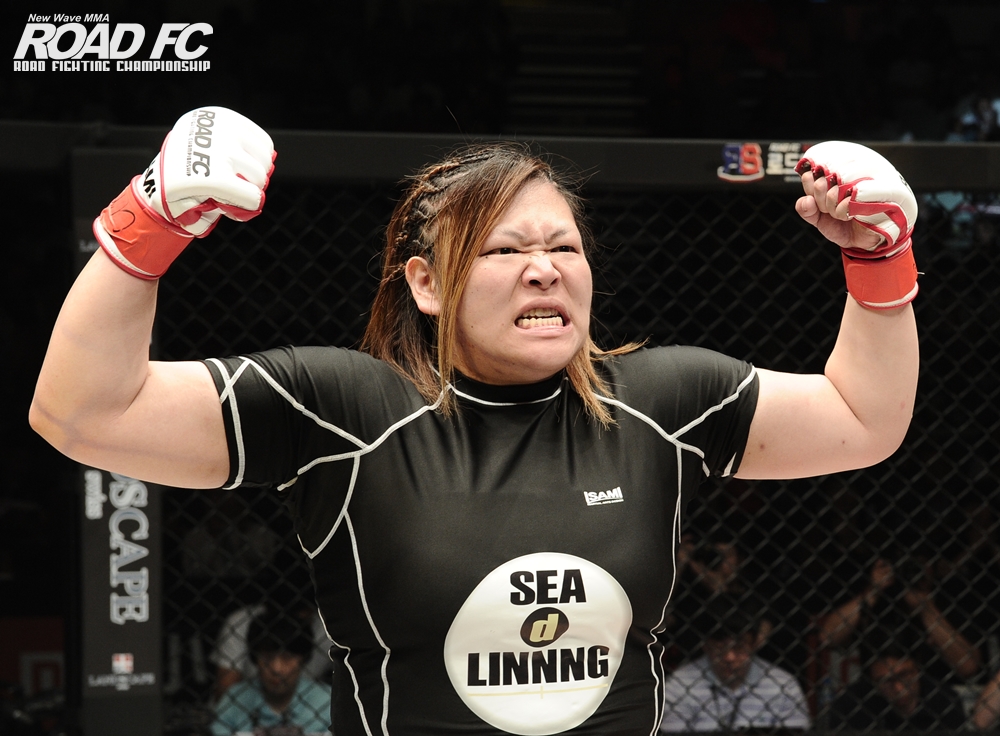 Outstanding women’s professional wrestler from Japan, Yoshiko (2-0, SEAdLINNNG) will be making her third appearance in an MMA bout in the ROAD FC cage at Xiaomi ROAD FC 045 XX. From a young age, she knew she wanted to be in the fighting sports, and she got her taste of pro wrestling as a start. After winning accolades as a breakout young wrestler and earning several championship belts, she went “off script” and injured an opponent severely. Thus, she was banned for a year.

Making amends and coming back, Yoshiko still was hungry for more and she transitioned to MMA. She ended up facing her first opponent Chun Sun-Yoo at ROAD FC 036 and got a highlight reel-worthy KO. She repeated the performance at ROAD FC 039, while showing off her grappling acumen and improved striking… and better sportsmanship.

Yoshiko’s opponent will be announced shortly. This match will be in the newly minted Women’s Heavyweight division, which is now set for +65kgs to -80kgs. The Women’s Openweight Division will be 80kgs and above.

The next event will be Xiaomi ROAD FC 044 in Shijiazhuang, China on November 11th. Surging fan favorite “Kung Fu Panda” Aorigele will face none other than “Ironhead” Fujita Kazuyuki, the legend who has faced almost every other living legend from the PRIDE era.

Previous articleCountdown to Fight Night Norfolk: Poirier vs Pettis
Next articlePointers from UFC 217