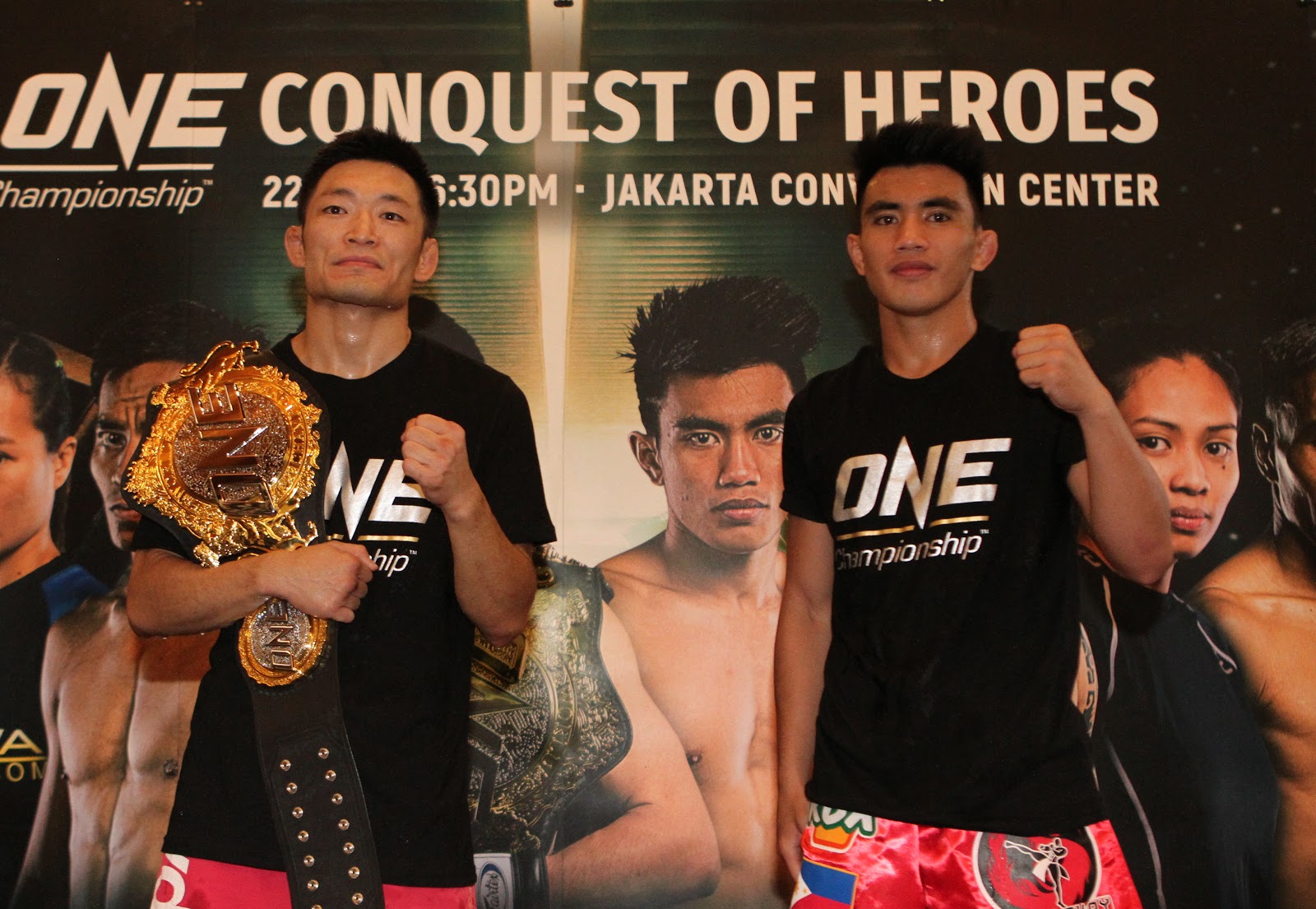 The largest global sports media property in Asian history, ONE Championship™ (ONE), recently held a Media Open Workout on September 20 at the Jakarta Muaythai & MMA Gym in Jakarta. Reigning ONE Strawweight World Champion Yoshitaka “Nobita” Naito of Japan faced off with challenger Joshua “The Passion” Pacio of the Philippines for the first time ahead of their epic rematch scheduled for the main event of ONE: CONQUEST OF HEROES this Saturday, 22 September at the Jakarta Convention Center.

“I have a lot of respect for Joshua Pacio, he is a very talented kid and a great martial artist. I have no doubt that one day, he will be champion. But that day hasn’t arrived yet. Right now, it’s my time. He will have his chance, but I am in the best condition of my career and I fully expect to walk out of the arena this Saturday the winner, with title fully intact. He has improved immensely in the two years since we last met in the cage, but so have I. I am a much more complete martial artist now than ever before. This will be an exciting bout for sure, but  one that I will come out of still champion.”

“I have waited two long years for this, working on my skills every single day and improving with every bout. This is no doubt the biggest fight of my professional career. I am a completely different fighter now compared to before when we first met. I think I will surprise him a lot with how much I have changed. I have worked extremely hard with my team, with my coach, on developing a fight-winning strategy for this Saturday night. All that’s left is for me to execute. Winning the world title means a lot to me. It will give me a chance to provide a better life for myself and for my family. I have only victory on my mind in this bout.”

Reigning ONE Strawweight World Champion Yoshitaka “Nobita” Naito is one of the most successful martial artists to ever emerge from Japan. In just four short years since debuting in 2012, Naito conquered the notoriously competitive Japanese martial arts scene, capturing the Shooto Flyweight Title. Since making his ONE Championship debut in 2016, Naito has captured the ONE Strawweight World Championship on two occasions, defeating former champions Dejdamrong Sor Amnuaysirichoke and Alex Silva. Naito is now set to defend his title against former opponent Joshua Pacio in an epic rematch.

Former ONE World Title challenger Joshua “The Passion” Pacio of Baguio City, Philippines was inspired to take up martial arts ever since he was 12 years old. After an undefeated amateur career, Pacio soon made his professional debut, where he went 6-0 before making it to the global stage of ONE Championship. In 2016, he got his chance against reigning ONE Strawweight World Champion Yoshitaka “Nobita” Naito, falling just short of victory. Now riding a three-bout winning streak, Pacio has earned a rematch against the champion, and will now face Naito for his second shot at the ONE Strawweight World Championship.

Previous articleDana White’s reaction to the UFC 229 presser: “It was dark man!”
Next articleThe dark past of Ali Abdelaziz as an FBI informant explained