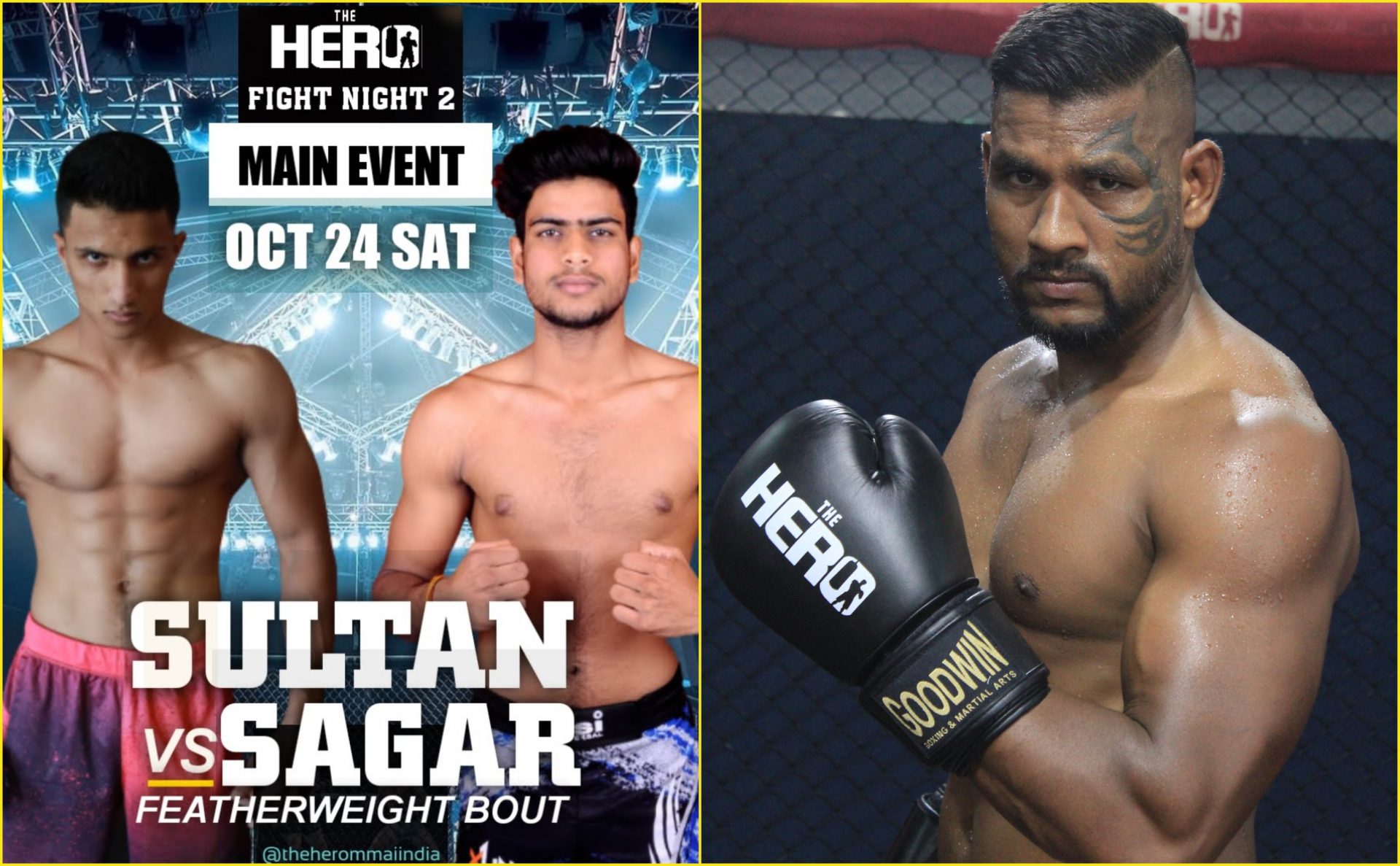 Khan himself is the head coach at his academy and also organizes Amateur MMA competitions. The Hero Contender (THC) is the biggest promotion in India for Amateur Level Mixed Martial Arts Fighters.

Hero MMA Gym is now going to hold an MMA event on the 24th of October 2020. Recently while talking to MMA India Show, Zayeen Khan talked about his journey from being a fighter to a promoter.

Zayeen Khan talked about his Gym and Promotion and how he started promoting fights.

“The Hero MMA academy and the Promotion both started two and a half years ago. I’m a former MMA fighter and also I’m the head coach of the Hero Gym and Promoter of Hero MMA” Khan said.

Zayeen then talked about his interest in MMA and Promoting fights.

“First of all, I love fights. As a fighter, I love fights and as a promoter too. I know what a fighter life is, it is not at all an easy job. I know what a fighter goes throw, what challenges he faces what circumstances he has to face when he reaches a certain point of his MMA career. I feel that pain for the fighter and that is why I am doing my job with all my honesty and faith and that is why the day we started Hero Promotion we have been growing regularly.”

Khan was then asked about the event is going to be held on the 24th of October and all the planning that went into promoting this event.

“The first thing I want to tell you that in Hero MMA we don’t mismatch opponents. We give every fighter a fair chance. In many other promotions, you’ll find that they usually decide the fighter they want to promote and give him an easy fight to win. But that’s not the case in Hero MMA. All the fighter here get an equal chance and we follow professionalism and the matchmakers here make proper fights irrespective of the gym or anything else.

“We make sure that the fight is good and we want to promote the Sport and make good fighters who would one day fight at an international level and would not lose at those levels. My mission here at Hero is to make good fighters, sort the best fighters here and those will be sent to the international level for fighting and training. The only goal is to give proper training and guidance to all these fighters and help them make their careers in MMA.”

“We have taken lots of precautions considering the current COVID-19. We have a hospital that’ll be our medical partner. We are doing all the required tests of the fighters competing in the tournament.”

Khan has partnered with Sahyadri Super Speciality Hospital in Nashik as their medical partner. Khan also stated that the Hero MMA Pro Fight Night 2 event is organised by the Hero Multipurpose Trust in Nashik.

Khan was asked about the fighters and if he thought that the fighter had gotten enough time to train for their fights.

“Yes they got enough time to train as the promotion of the event had already begun two months back. So the fighters knew they had to prepare and the most important part of training is the stamina and the endurance of a fighter which can be worked alone and on regular basis. Still, we have made sure each fighter has done a nice camp for the fights we have been in contact with them regarding their training.”

Khan then talked about the procedure to get the event sanctioned as due to the ongoing pandemic there are lots of restrictions put on many sporting events. The Hero MMA event will also be the first MMA event to take place during the pandemic.

“We took all the precautions and we have taken permission from the local police and also we have Medical help from the hospital. We are doing a closed-door event just like UFC is doing all the events in recent times where there are only fighters and officials in the arena. After each fight ring will be sanitized and no crowd will be allowed.”

Zayeen Khan then talked about the fight card and the event. The main event features Sultan Kokni, who is a rising star from Nashik and he is undefeated in his amateur career and he will be making his pro debut against Sagar Baisla of Haryana. Sagar is 2-0 in his professional career and he will have the uphill task of welcoming Sultan to the pro-MMA world.

“We ave 20 professional fights and I guess 45 amateur fights and in the amateur fights, we are not having shin guards and all are super bouts one on one. In PRO fights we have Sultan Kokni vs Sagar Baisla as the main event and in the co-main event, we have Avinash Pandey vs Abhilash Raut. This is the first time in history in India that we are having 20 professional bouts. We also have many famous fighters who also have fought in BRAVE FC and SFL. All of them are fighting on the same card.” 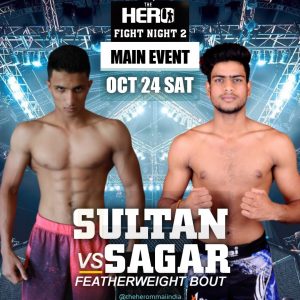 Khan continued “The Super bouts will start from 8 am and 3 pm will start with PRO fights and then the event goes on. it will also be covered live on the Jannat Marathi news channel. And the most important thing is that it will not be just for Maharashtra but other people from the north, the south can just download the Jannat Marathi app and watch the fights. The fights will also be live on our Facebook and Instagram pages. This is going to be an epic thing and a great successful event. In the pandemic, many fighters are on rest and if they don’t fight they’ll go out of shape so this will be a great chance for them.”

Khan was asked about whether he would have loved to make this event happen with the crowd being there to which Khan replied:

“Of course that would have been nice but we can’t do anything due to the situation. Before the lockdown, we had an India vs Afganistan event which got canceled due to the COVID-19. So this event is important as fighters need to be fighting they can’t go out of touch otherwise ring rust will affect them. So these fights are very much important for all these fighters. All the fighters will get the chance to fight and also get ready mentally. We want the fans to see the fights from the crowd but we can’t do anything and won’t be able to allow the fans. We have lots of arrangements done for the fights like we got a high-resolution camera setup and also commentary will be done. There will be Hindi and English live commentary during the fights.”

Khan also made it clear that he was willing to share the operational procedures with other MMA promoters who haven’t been able to host events during the pandemic. 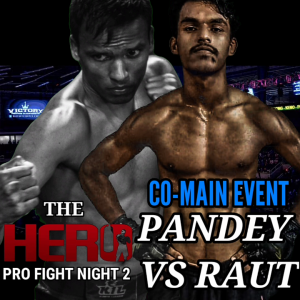 “Definitely why not. I want this sport to be active and fighters getting a chance to fight regularly. I want all the Indian fighters to get a nice platform in India so that one day they’ll go on to win UFC and ONE FC titles.”

Apart from the MMA fights, the event will also feature a K-1 bout inside the cage and this is the first time that a K-1 pro bout is taking place inside the cage in India. Khan also shared his plans with HERO MMA Promotion in 2021.

“So the fights will be on the 24th of October and the 23rd we’ll be having live weigh-ins on our official pages.”

The fight card will be live on Janmat Marathi News Channel.