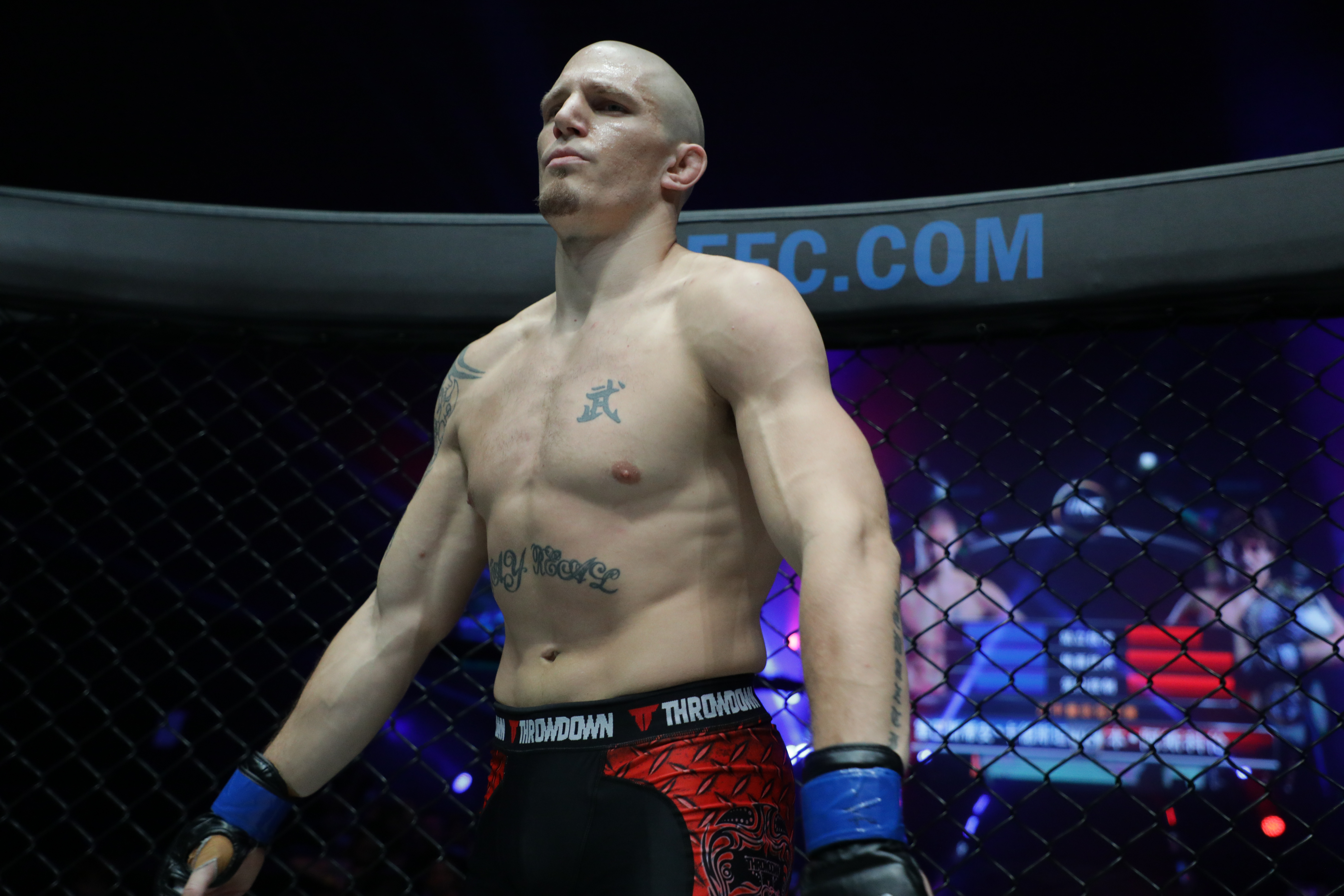 When he made an astonishing promotional debut in ONE Championship in May 2017, Swede powerhouse Zebaztian “The Bandit” Kadestam instantaneously became the hottest property in the promotion’s growing welterweight division. 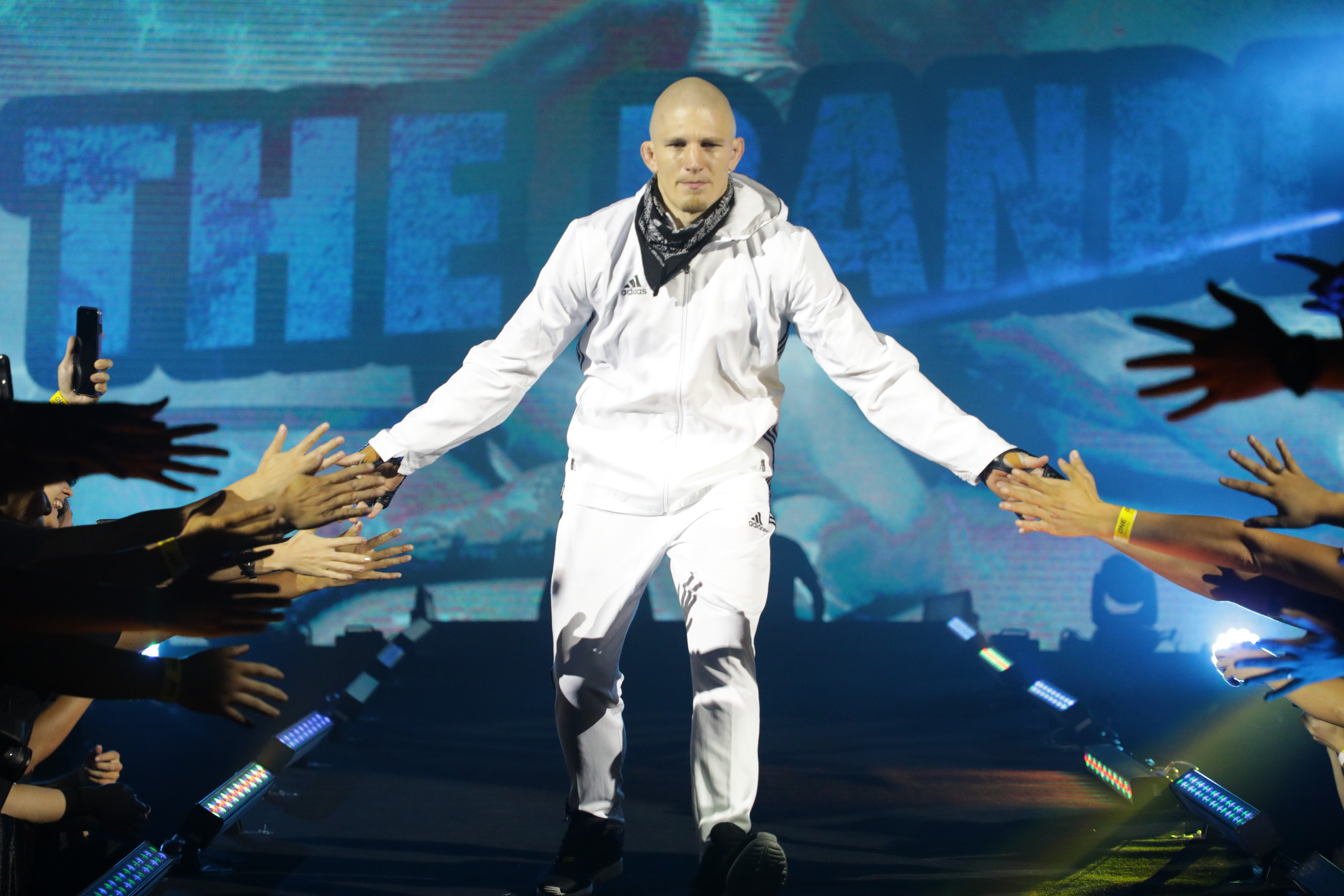 It was a daunting task for Kadestam when he made his first appearance under the bright lights of the famed ONE Championship cage as he accepted a three-round welterweight encounter against former world title contender Luis “Sapo” Santos on just two weeks’ notice.

The then-unknown Kadestam had been completely dominated in the opening two rounds of the contest before pulling off a miraculous knockout in the final stanza.

Kadestam turned the tide midway of the third round by sprawling a sluggish takedown attempt from the Brazilian, then reversed position, and hammered his opponent with strikes from side control.

A pair of hard knees put the finishing touches as the referee stepped in to call a halt to the contest at 2:18 of the third and final frame.

“I do not think I have ever fought like that before. I was waiting and waiting because I could feel his power, especially in the first two minutes. He had power in everything. He was fast in his hands and knees. My plan was to attack a lot more, but I could also see him gas early,” Kadestam recalled.

Kadestam’s astounding victory over Santos swiftly earned him a title opportunity as he challenged Ben Askren for the ONE Welterweight World Championship four months later, but his momentum was quickly halted by the unbeaten American champion.

Eager to erase the memory of his loss to Askren in September 2017 by putting himself back on the winning track, Kadestam returns to action on Friday, 13 July as he is booked to square off with a fellow ex-world title challenger in Agilan “The Alligator” Thani of Malaysia.

Both men are slated to face each other in the main event of ONE: PURSUIT OF POWER, which takes place at the Axiata Arena in Kuala Lumpur, Malaysia.

Kadestam guarantees a better version of himself as he crosses paths with Thani, who aced his last two assignments since yielding to Askren in May 2017.

“Coming into this bout, I have a renewed confidence now. Surely, I am training hard. I am motivated to show the world that I am worthy to compete on an international stage like ONE Championship,” he stated.

Now that Askren has decided to call it a career after a successful title defense against Shinya Aoki last November, the road to the world title has seen its most costly toll removed.

Kadestam seeks to continue his climb to the apex of the organization’s 83.9-kilogram weight class.

“I have dreams of really becoming a world champion in this wonderful sport someday, and I am coming and willing to work for it,” he said.

Kadestam knows that he and Thani share the same desire of competing for gold once more, but he stressed that his Malaysian counterpart would not get the title shot he intensely wants at his expense.

“I am no pushover. I am not someone’s footstool. The belt will soon be mine. The bigger the obstacle, the greater the glory. I am here to fulfill my destiny,” he ended.

Previous articleUFC: Curtis Blaydes is tired of all the politics after Brock Lesnar gets title shot
Next articleFelipe Efrain returns against Arnold Quero at Brave 14