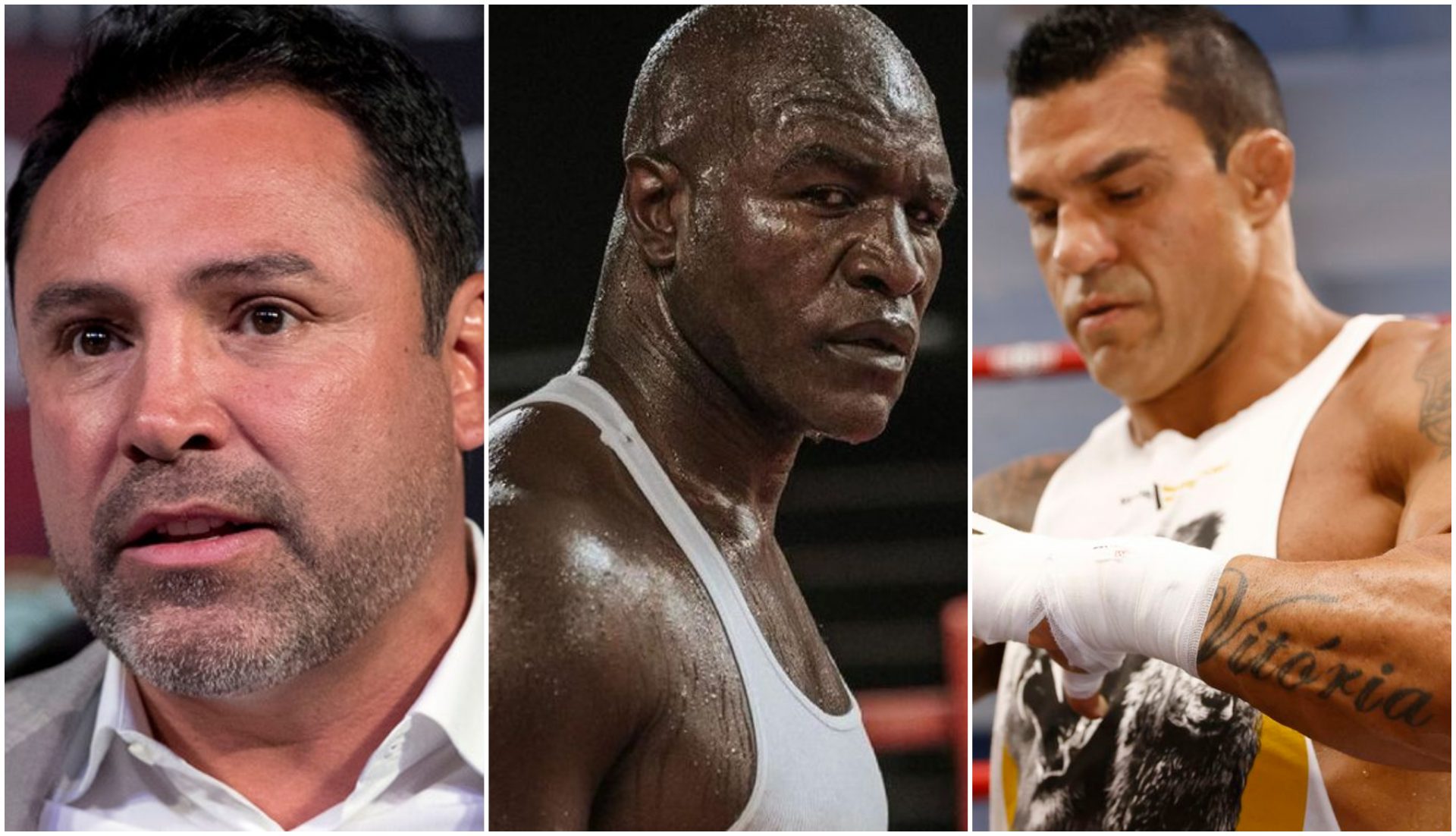 Due to contracting COVID-19, Oscar De La Hoya has been ruled out of his upcoming professional boxing comeback against former UFC champion Vitor Belfort and will be replaced by former heavyweight and cruiserweight boxing champion Evander Holyfield.

The news was first broken out by TMZ Sports that the fight, scheduled to take place on 11th September at the Staples Center, which would have seen the former six-division world champion making his pro boxing comeback after over 12 years later, is now dropped after De La Hoya tested positive for COVID-19.

Via a post on Instagram, “Golden Boy” claimed that he was fully vaccinated but still caught the virus.

“Wanted you to hear directly from me that despite being fully vaccinated, I have contracted Covid and am not going to be able to fight next weekend. Preparing for this comeback has been everything to me over the last months, and I want to thank everyone for their tremendous support. I am currently in the hospital getting treatment and am confident I will be back in the ring before the year is up. God bless everyone and stay safe,” De La Hoya’s post read.

While it surely is a disappointment for a lot of boxing fans to not witness De La Hoya’s return to the squared circle, lets also consider that Holyfield vs Belfort brings a lot new to the table as well.

For Belfort, the former UFC light heavyweight champion, its a return to the boxing ring after donning the sparring gloves all the way back in 2006, which still remains the Brazilian’s one and only professional appearance as a boxer.

On the other hand, “The Real Deal” Holyfield, who was last seen in action in 2011, have expressed his interest to make a comeback and even wished for a trilogy fight against former rival Mike Tyson.

Even though Holyfield is not avenging his ear against “Iron” Mike yet, his wish of breaking retirement is finally on the verge of being a reality.

What do you think about Evander Holyfield vs Vitor Belfort? Let us know in the comments.

Previous articleUFC Vegas 36: Brunson vs Till Betting Odds and Prediction
Next articleDarren Till shares his cruel plan for his fight against Derek Brunson at UFC Vegas 36: ‘punch a f*****g hole in his head’

Jake Paul nods to Mike Tyson fight in 2022: This year we are making it happen