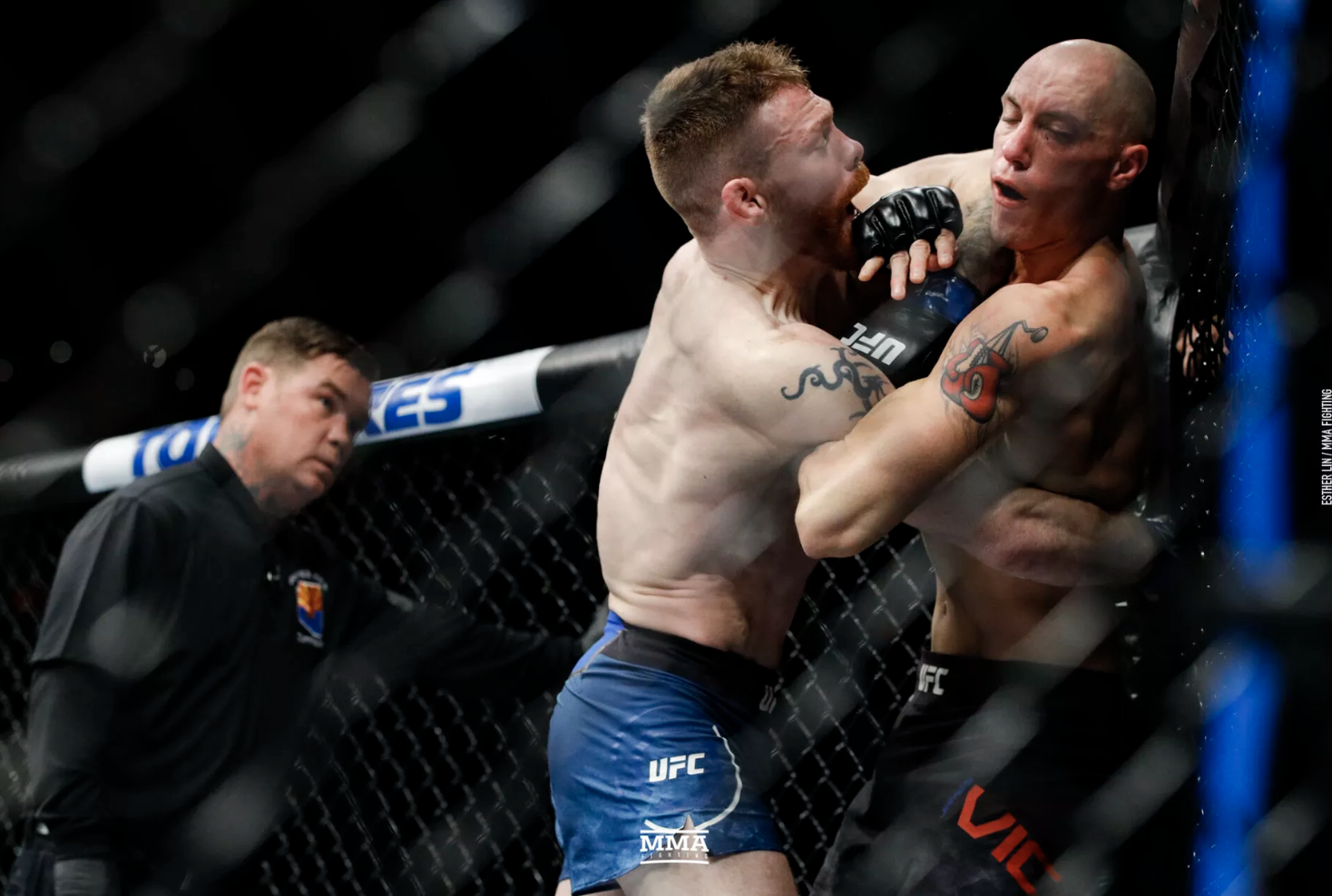 It’s not as if anyone was questioning Paul Felder’s toughness. This is, after all a man who pushed through a broken arm to go the distance in a loss to Mike Perry last year.

But Felder added to his legacy on Sunday night at UFC Phoenix, as he fought through a collapsed lung suffered late in his main-card bout against James Vick at Talking Stick Resort Arena and held on for the unanimous-decision victory. MMA Fighting confirmed an initial Monday ESPN report on Felder’s injury.

Felder sustained the injury with a strike to the ribs late in the third round, and he will be held at a Phoenix hospital for a day for observation. 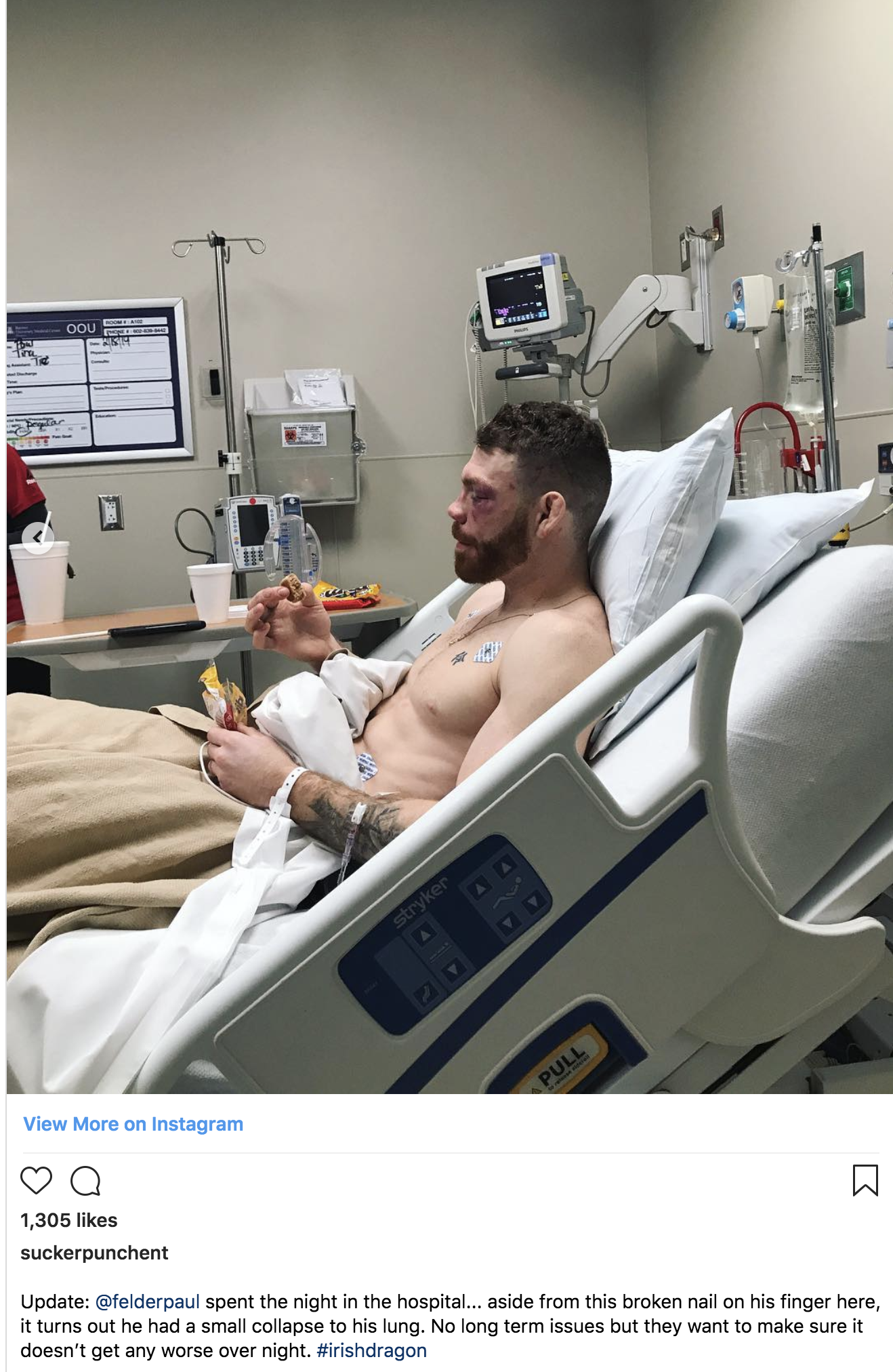 The person who seems least fazed by the injury is Felder himself, who won for the fourth time in his last five fights and is 4-0 in his last four lightweight bouts: