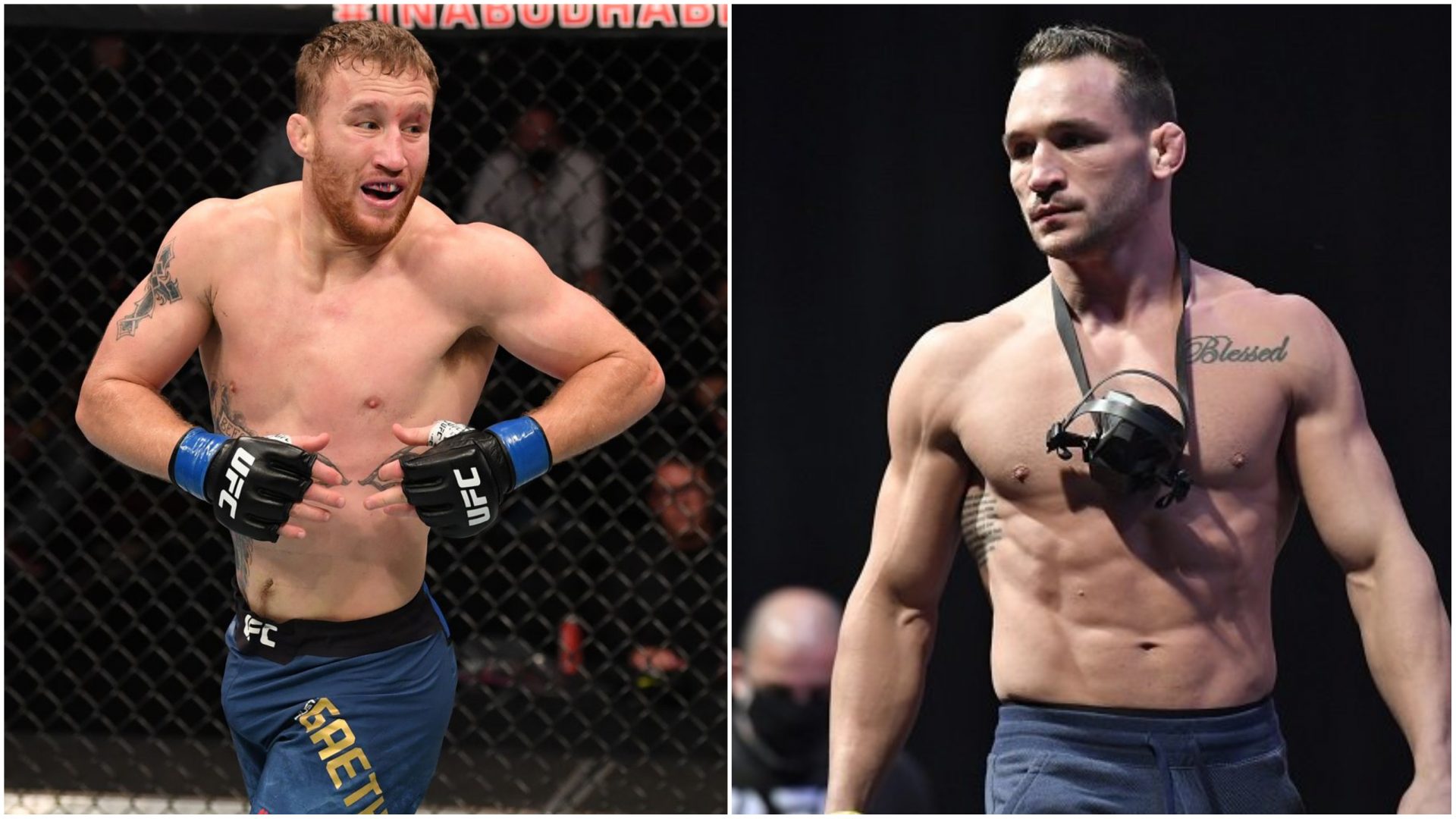 2021 is set to bring about another mouth watering lightweight fixture for the mixed martial arts fans as a bout between Justin Gaethje (22-3) and Michael Chandler (22-6) is reportedly on the works to be included at UFC 268.

While a location or venue is yet to be determined by UFC, sources have revealed to Brett Okamoto of ESPN that UFC 268 is targeted to be held on 6th November at the Madison Square Garden in New York.

The main event of UFC 268 is slated to be a title fight between reigning UFC Welterweight champion Kamaru Usman and former interim champion Colby Covington, and Gaethje vs Chandler is rumoured to take place on the undercard.

Okamoto adds that the teams of both fighters have mutually agreed to the bout.

A former interim lightweight champion, Justin Gaethje was last seen in action against Khabib Nurmagomedov in the latter’s final UFC fight before his retirement at UFC 254 which took place on 24th October last year.

The fight, which marked Khabib’s third and final title defense, saw the Dagestani clinching a win by triangle choke submission in the 2nd round, which is also the third loss of Gaethje’s career.

Renowned as one of the most exciting lightweight fighters in the world, ‘The Highlight’ Gaethje has been on the interest for many fans to be pitted against Michael Chandler since the former three time Bellator MMA Lightweight champion switched promotions and joined UFC earlier this year.

“Iron”, who made his debut in the Octagon against Dan Hooker at UFC 257 in January, was last seen in action against reigning UFC Lightweight champion Charles Oliveira at UFC 262 when both lightweights contested for the title that Khabib had vacated after retiring from MMA.

Chandler suffered a 2nd round TKO defeat at the hands of ‘Do Bronx’ Oliveira, who, meanwhile, is on the works for a title defense against the current number one ranked lightweight Dustin Poirier.

Since both Gaethje and Chandler are coming off of defeats, they will be hungry to give their all inside the cage when they lock horns in November and with both of them being fan favourites in the UFC, the fight is expected to draw high PPV numbers.

Who is your favourite between Justin Gaethje and Michael Chandler at UFC 268? Let us know in the comments.