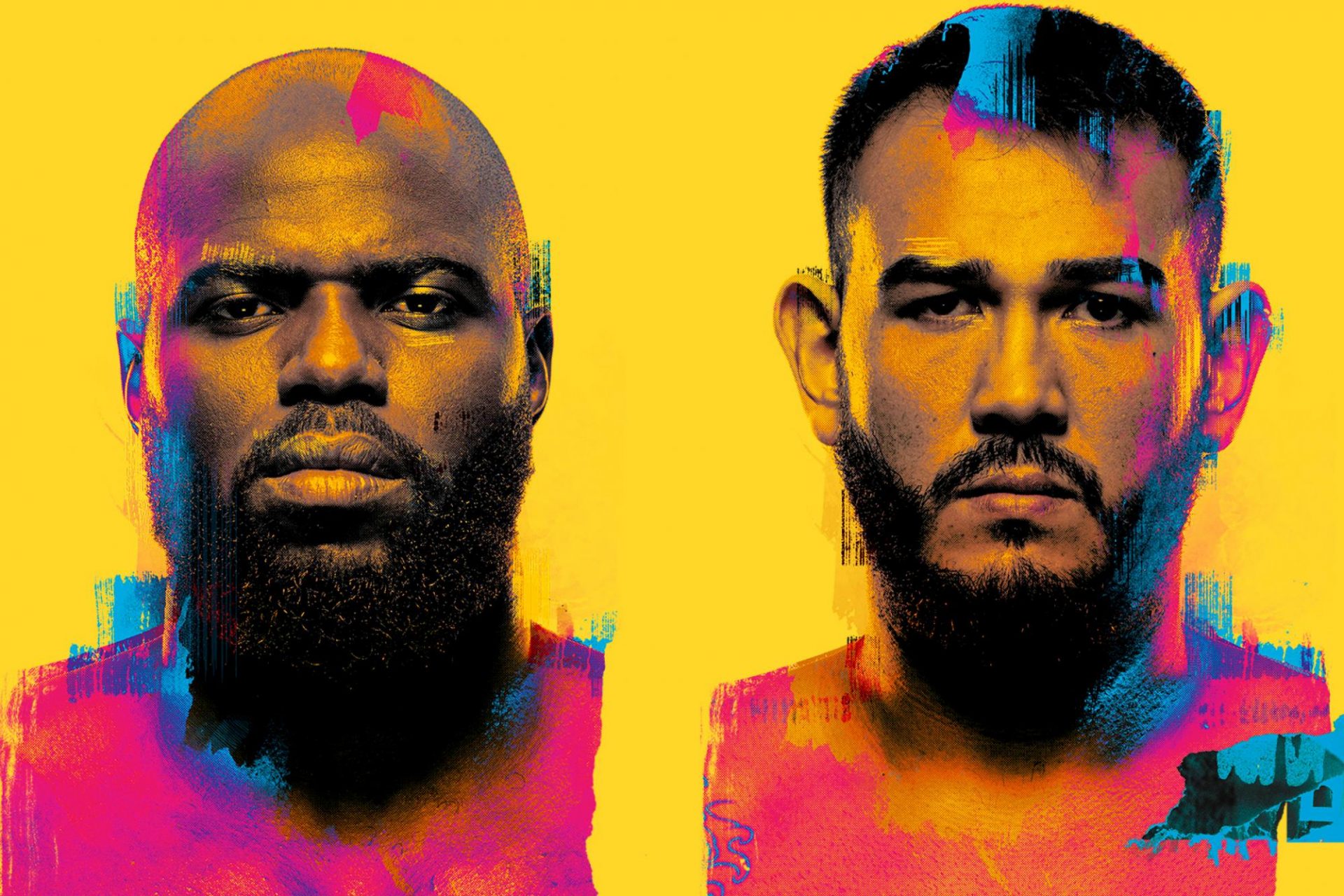 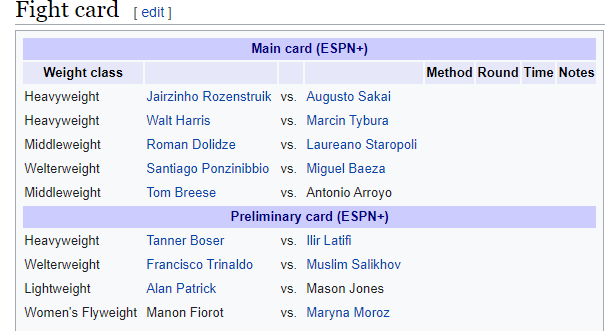 UFC’s top heavyweight Jairzinho Rozenstruik will be colliding against a rising fighter Augusto Sakai in the main event of the UFC Fight Night show on June 5.

Jairzinho Rozenstruik (11-2 MMA, 5-2 UFC) is set to take on Augusto Sakai (15-2-1 MMA, 4-1 UFC) in the UFC’s June 5 main event. The venue, location, and broadcast information have not been formally announced by the promotion. Sakai was originally scheduled to face Shamil Abdurakhimov on May 1, but that matchup has been canceled due to undisclosed reasons, per sources. Rozenstruik confirmed the booking on his social media following an initial report from Globo. 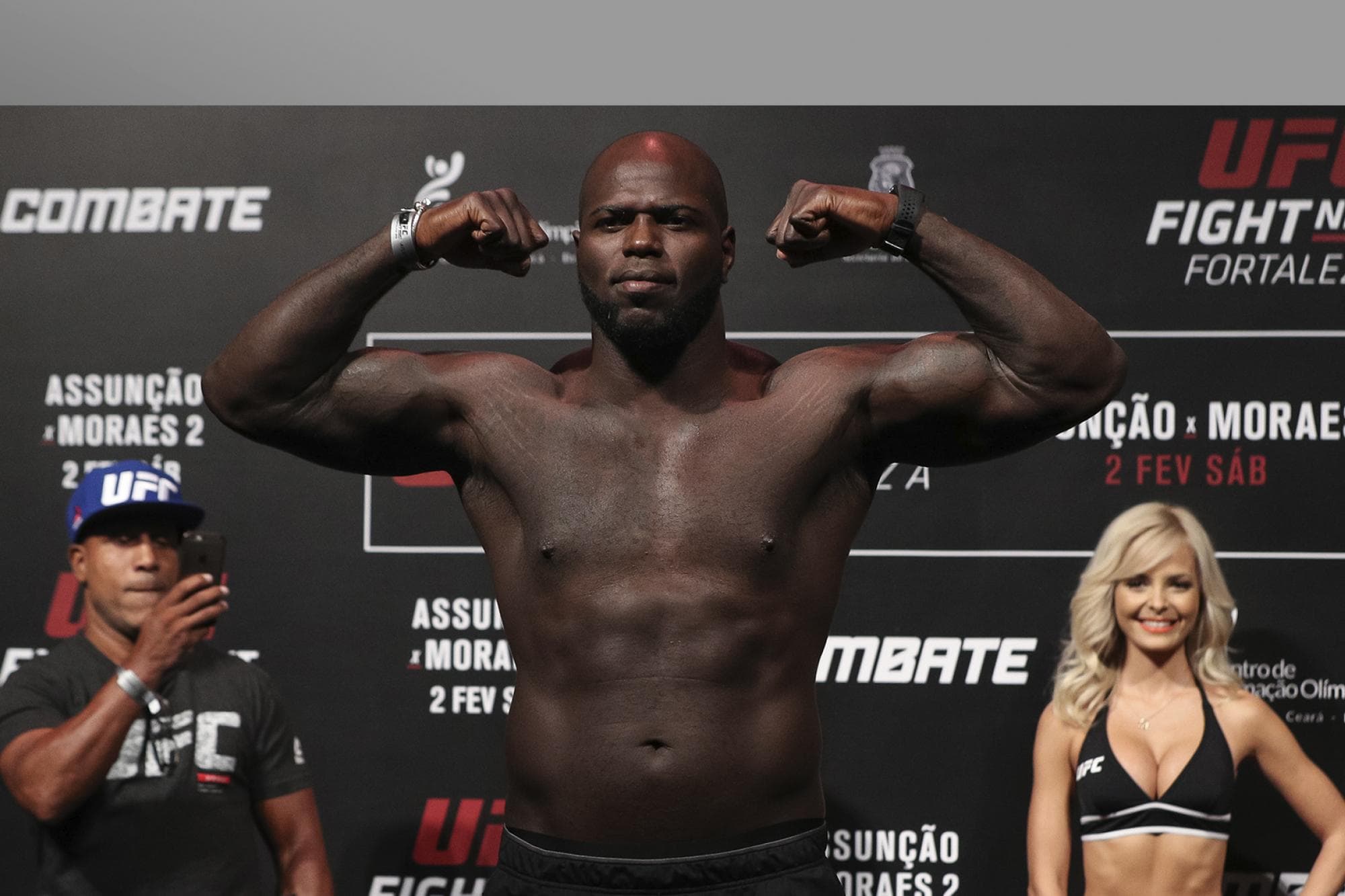 Rozenstruik won his first four UFC fights by knockout, including a 29-second finish of former champion Andrei Arlovski and a TKO with four seconds left in the fifth round against former title challenger Alistair Overeem in a fight he was about to lose on the judges’ scorecards. That put him to 9-0 and got him into title contention. But then he ran into Francis Ngannou and was knocked out in 20 seconds on Ngannou’s way to the title. He rebounded with a finish of ex-champ Junior Dos Santos, but in February 2021 fell back into the loss column with a decision setback to Ciryl Gane.

Gane won a clear-cut unanimous decision over Rozenstruik in the main event, with all three judges scoring the bout 50-45 in favor of the Frenchman. He was content to stay at distance and outstrike Rozenstruik with his jab and low kicks from the outside, while also mixing in a few takedowns and submission attempts to rack up points. Though it was overall a masterful performance by him, the lack of approach to finish the fight and aggressiveness to hurt Rozenstruik frustrated some of the fans and led to Gane being criticized by UFC president Dana White. 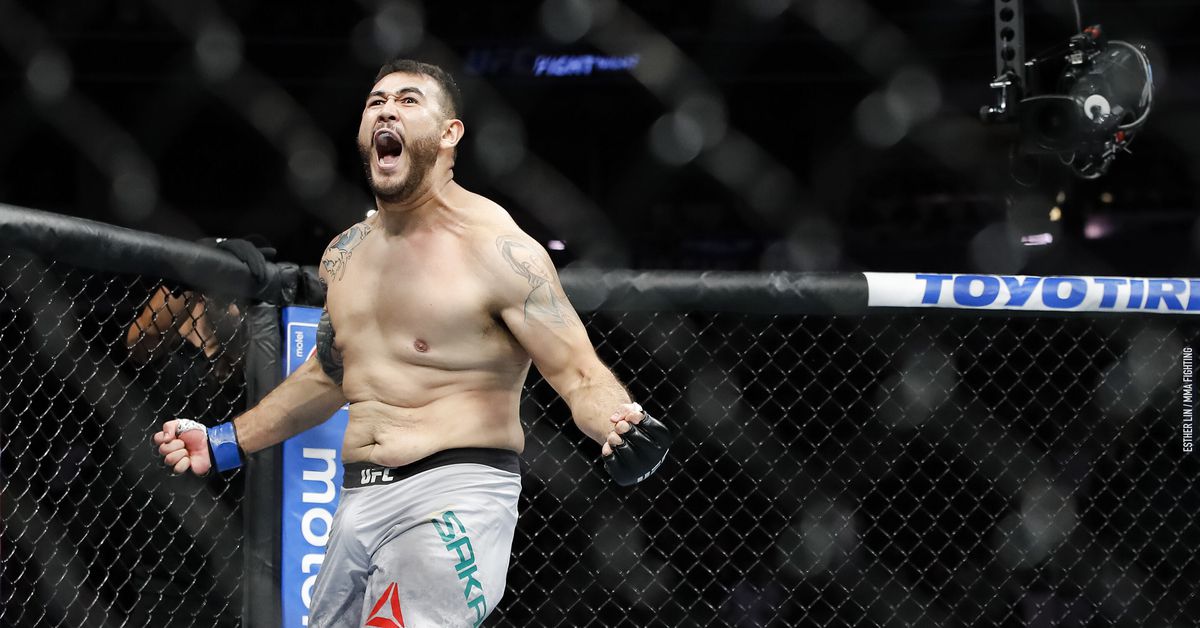 Sakai will be looking for a return to the win column, as well. He won his first four UFC fights against Chase Sherman, Arlovski, Marcin Tybura, and Blagoy Ivanov. But this past September, he was stopped early in the fifth round by Overeem to have his six-fight winning streak shut down.