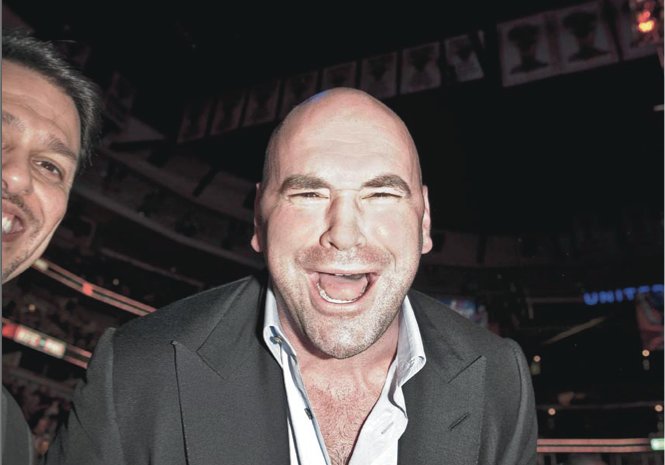 UFC president Dana White was named in the lawsuit last Friday as the prominent wealthy businessman from Las Vegas. In 2015, the Las Vegas Review-Journal published a story in 2015 involving Ernesto Joshua Ramos. In 2015, Ernesto Ramos pleaded guilty after trying to extort Dana White of $200,000.

At that time according to reports, Ramos was sentenced to 366 days of prison sentence. Ramos was trying to extort White after the UFC president allegedly had an affair with a Brazilian nightclub dancer. FBI agents recorded the whole money exchange on video and arrested Ramos.

Ramos later pleaded guilty of the crime and the federal judge signed a court order prohibiting from White’s name from leaking. Five-years later Ramos is back and has filed a lawsuit against Dana White, where he alleges that the UFC president offered him money during the criminal trial to keep his name out of the whole trial and also to plead guilty.

“The actions of White were fraudulent, oppressive and designed to encourage Ramos to plead guilty so he could negotiate a substantial settlement, which would prevent the disclosure of his actions at trial for the personal benefit of White and his related businesses and interest,” the suit alleges, via the Las Vegas Review-Journal.

UFC president Dana White has fired back at Ernesto Ramos. White called the lawsuit ‘bulls***t’ and said that Ernesto didn’t get paid the last time and won’t get paid this time around either.

“I just found out that a bulls–t lawsuit was filed against me yesterday,” White said in a statement, via the Las Vegas Review-Journal. “This guy went to federal prison for trying to extort me over five years ago. Now he’s hired a lawyer who is also a convicted felon, and he’s trying to extort me again for $10 million. He got no money from me last time and he won’t be getting any money from me this time. I look forward to the court dismissing this quickly so I can get rid of these scumbags forever.”

What do you guys think about the whole sex tape extortion scheme?

Previous articleIyanna, daughter of Floyd Mayweather allegedly stabs women over a rapper
Next articleUFC News: Tyron Woodley ready for UFC 249; asks UFC, Colby if they will ‘pull the trigger’