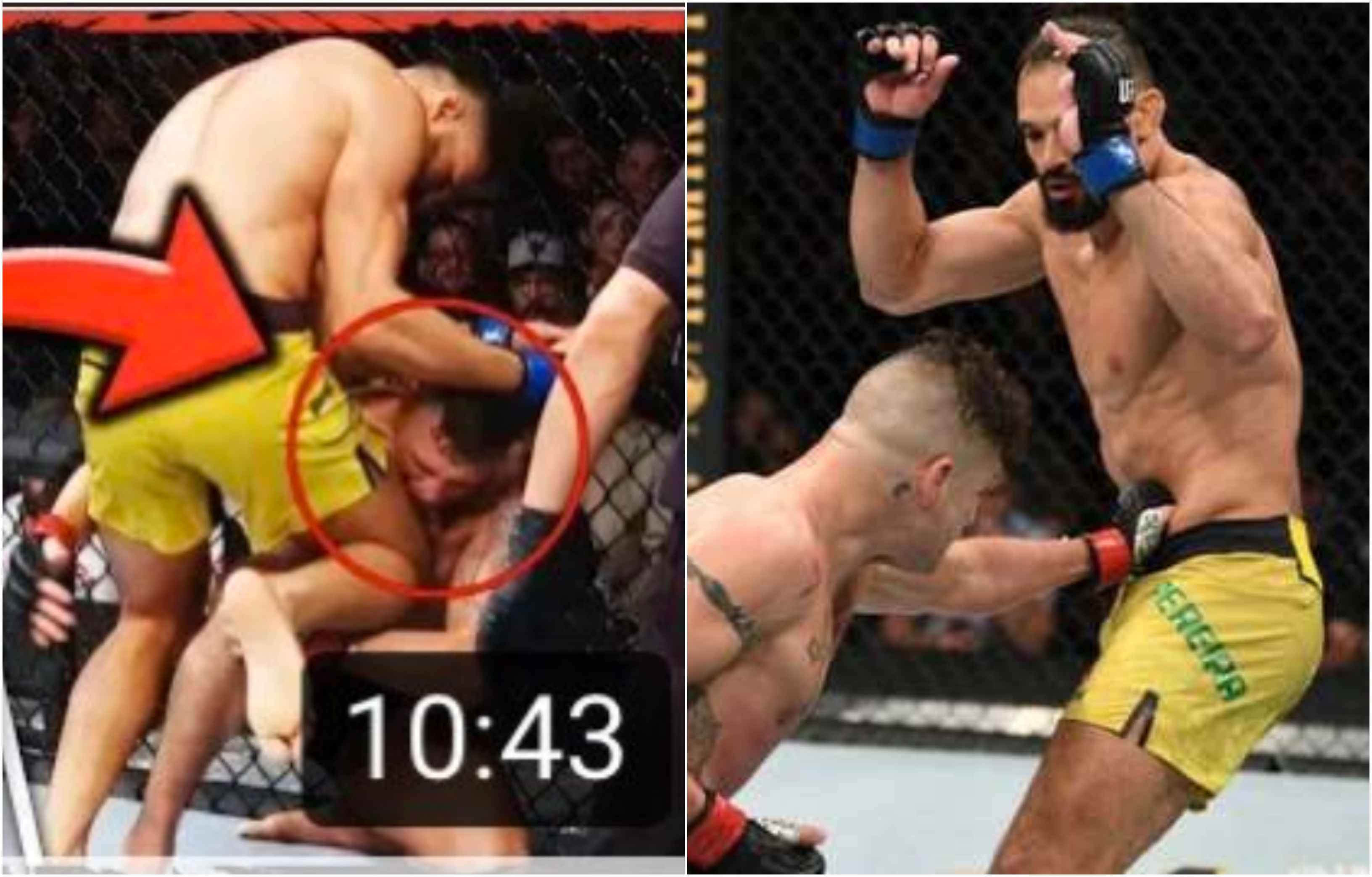 Sanchez won the fight via DQ in the third round. Sanchez was down on the scorecards in the first two rounds as the Pereira dominated and beat him to the punch.

Michel Pereira outworked him in the first two rounds and was on his way to win the third. However, in the third round, with less than two minutes left on the clock, he landed an illegal knee. 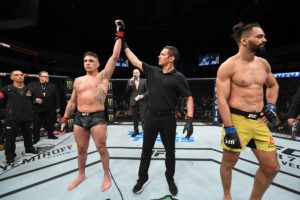 However, the referee gave him options about if he wanted to continue fighting. Sanchez opted not to continue and won the fight via DQ. But Michel Pereira doesn’t believe that his knee landed on Sanchez’s head last Saturday

Pereira took to twitter and posted pics of his fight and said that the knee landed on Sanchez’s chest.

That was the knee that opened the cut on his forehead, the other knee took the chest. Essa foi a joelhada que abriu o corte na testa dele, a outra joelhada pegou no peito @UFCBrasil @ufc @danawhite @UFCFightPass @canalCombate pic.twitter.com/jrqY8F379l

“That was the knee that opened the cut on his forehead, the other knee took the chest. Essa foi a joelhada que abriu o corte na testa dele, a outra joelhada pegou no peito,” Michel tweeted.

Michel was unhappy with how the fight turned out. He even took to Instagram and called Diego Sanchez a chicken.

“Diego Sanchez entered the Octagon like a rooster and left it by a chicken,” Pereira wrote.

Former UFC fighter Kenny Florian talked about the fight on  Anik & Florian podcast and said that Michel had only himself to blame for the loss.

“No matter what, Michel Pereira, you better not be angry about the situation and the decision,” Florian said.

“You’re the guy who threw the illegal knee, so you can’t be angry about it. That is your fault. Diego Sanchez, whether he’s taking advantage of a situation or not, it was an illegal blow, period to the head. And one of the hardest strikes you could throw is a knee, okay? So pretty brutal there.”

Previous articleYuva Sena Khel Summit 3.0 organised it’s first ever MMA event in presence of Aditya Thackeray
Next articleDarren Till claims he slid into Donald Trump’s DMs to try and get a UFC 248 visa