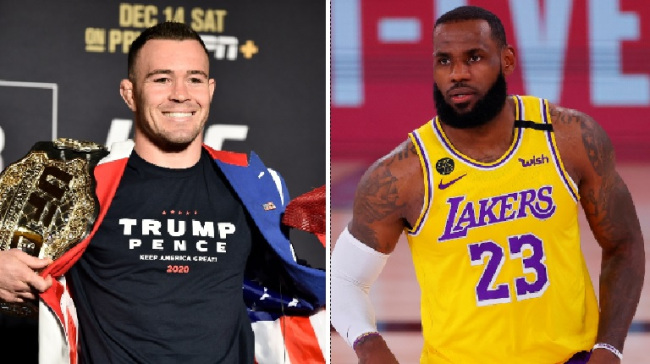 After LeBron seemed to hint at Colby Covington when he described people ‘s***ing their pants in the arena’, the MMA fighter responded in kind to the NBA great.

The back and forth between Lakers’ LeBron James and Colby Covington has been in the news for about a month now. It started when Covington denounced NBA players striking during the playoffs.

He tweeted that cops had the ‘toughest job in America’ and if players really cared about racial equality, they would quit playing their ‘kids’ game’.

Colby Covington had quite a few things to say after he won the UFC title. A few of those were for NBA Superstar LeBron James. Covington called LBJ a ‘spineless coward’.

Meanwhile, LeBron James has always been outspoken about the social issues and does not like being called otherwise. 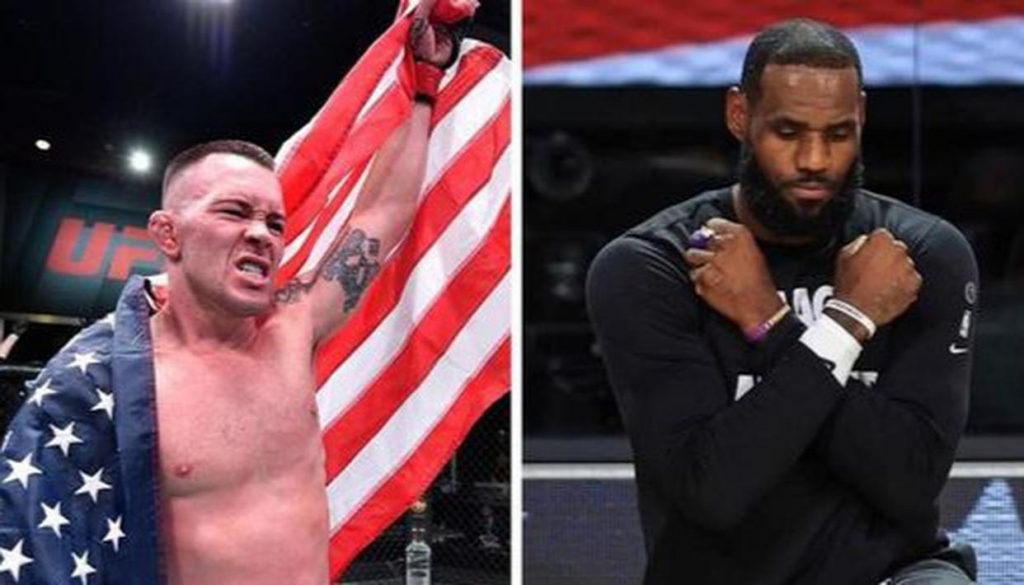 He called out all of his critics for never being able to do what he does on the court and just put out stray statement to undermine his legacy on and off the court.

The statement of his was a generic one, but seems to be a subtle dig at Covington for his ‘spineless coward’ comment.

Covington beat Tyron Woodley UFC Fight Night main event on Saturday. Colby dedicated his win to the frontline workers who are working tirelessly amid the pandemic. He also took a shot at ‘woke athletes’ like LeBron James.

A trash talker in the true sense of the word, Colby Covington definitely does not back off from a fight. He seemed to take LeBron James’ post-game comments about people on the outside talking about basketball personally.

LOL at the snowflakes that believe @KingJames could even last 10 seconds with me! If that coward had the balls or the ability to kick anyone’s ass, Delonte West would’ve lost his teeth long before his meth habit! pic.twitter.com/TQZ56FBnt1

Covington’s continued attempts to undermine the NBA and LeBron James seem like a cry for attention. The welterweight fighter is one of the better fighters in his division, but he was knocked out by champion Kamaru Usman in the title fight in 2019.

It makes sense that Covington would continue to play the role of the aggressor in what is perceived as a confrontation between a Trump supporter and an opposer.

Covington is clearly against athletes that speak out against the government and it will be interesting to see if LeBron James takes a direct shot at him the next time he addresses the media.

Purchase the UFC merch here.
To bet on MMA event click here and to bet on other sports, click here.
ALSO READ:

Previous articleUFC 253: Adesanya vs. Costa
Next articleCoby Covington wants to fight Nick Diaz and retire him