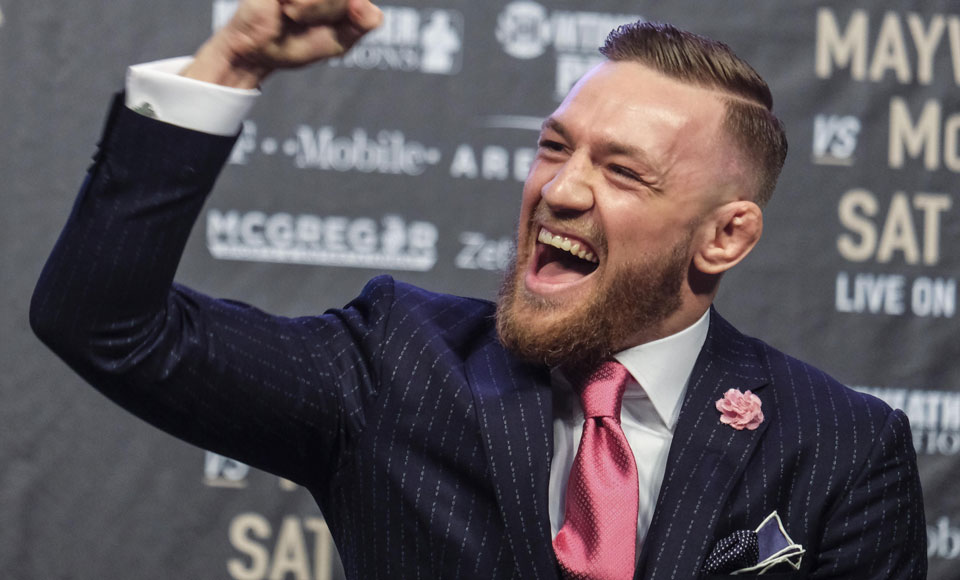 Conor McGregor has finally geared up to make his return to the Octagon. He will be fighting Donald “Cowboy” Cerrone at UFC 246 in January 2020.

When someone of the stature of McGregor is stepping foot inside the Octagon after a gap of more than a year, the fans are bound to get excited. And fans who are creative enough have always found a vent for their enthusiasm. While the UFC generally releases official posters for such events, the fans leave no stone unturned to show off their creativity by releasing their own posters.

While many such posters are usually circulated on social media by MMA enthusiasts, this time Conor himself took the liberty of sharing some of the fan art. He took to Twitter to acknowledge the art and labelled them as ‘classics’.

Guys the fan artwork has been truly astounding this last few days, thank you all!
Here are some classics… pic.twitter.com/6CO2qmUskS

McGregor last stepped foot inside the Octagon at UFC 229. He would go to tap out to the current lightweight champion and his arch enemy Khabib Nurmagomedov. The fight was also followed by an infamous brawl. Consequently, Conor received a six-month suspension for McGregor, (retroactive to 6 October 2018) and a $50,000 fine. He became eligible to compete again on 6 April 2019.

During his time away from the sport, Conor repeatedly asked for a rematch with Khabib. In a move that was expected to gain leverage over the UFC, Conor also announced his retirement from MMA in March earlier this year. However, President Dana White always saw the move as a ploy to secure an ownership stake in the company.

Meanwhile, Donald Cerrone has fought a total of five times since McGregor’s last visit to the Octagon. The first three of those fights resulted in a win for the Denver, Colorado native. He submitted Mike Perry, then knocked out Alexander Hernandez and grabbed a unanimous nod from the judges against Al Iaquinta. However, his habit of falling to elite level talent persisted as he lost back to back fights against Tony Ferguson and Justin Gaethje.

The fight between Conor and Cowboy has been a long time coming. This year saw the two of them going back and forth on social media a number of times. With the fight finally in place, the event will mark the perfect way to kick off a new decade of UFC entertainment.