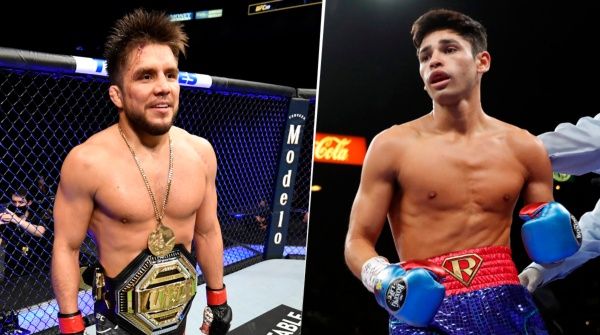 22-year-old boxing sensation Ryan Garcia spoke out on TMZ and shared his views on the recent combat sports news. Garcia chimed in on a future fight with Devin Haney and the boxing comebacks of Mike Tyson and Oscar De La Hoya. Chiefly, he also expressed his views on former UFC double champion Henry Cejudo, who held the Flyweight and Bantamweight straps. 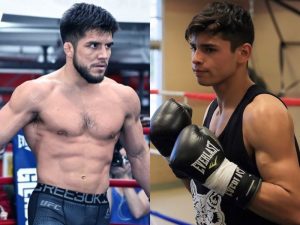 “KingRy” and Henry Cejudo have no love lost for each other ever since the latter officially retired from MMA. Not to mention, the two elite athletes have been jawing back and forth in the media for several months. It appears a fight between the two is on the cards, given the animosity they share for each other.

Garcia vs Cejudo: Next Potential fight?

Young boxing sensation Ryan Garcia has a warning for Henry Cejudo. It’s no secret that Cejudo has tried to ruffle the feathers of many fighters throughout his career. He’s even taken aim at boxers, despite being a former UFC champion in two weight classes. “Triple C” has said he’d make Garcia “bend the knee” in a boxing match.

Garcia has traded barbs with Cejudo but he isn’t taking things in good fun. “KingRy” told TMZ Sports that he wants to mangle Cejudo as he’s taken things personally.

“Oh yeah, I’m going to drop him one day for sure. I’m going to beat the sh*t out of him. No, there hasn’t (been talk about a contract yet). But if anybody that I want to beat up from the MMA world, it’d have to be him. I don’t like him. He just talks too much sh*t. He’s too much of a sh*t talker.”

“No, there hasn’t (been talk about a contract yet). But if anybody that I want to beat up from the MMA world, it’d have to be him. I don’t like him. He just talks too much sh*t. He’s too much of a sh*t talker,” Garcia said.

Henry Cejudo’s rise to dominance in the UFC has been marked by his vehement trash-talking and fight promotion. The self-proclaimed “King of Cringe” never backs down from running up the headlines with his comments. Despite being retired from the sport of MMA, he remains one of the most active fighters on social media.

Paulo Costa still wants to fight Jon Jones: “He can run but he can’t hide”

Previous articleUFC News: Ben Askren has some advice for Leon Edwards!
Next articleShould Conor McGregor Fight Nick Diaz or Nate Diaz Or Someone Else in the UFC?