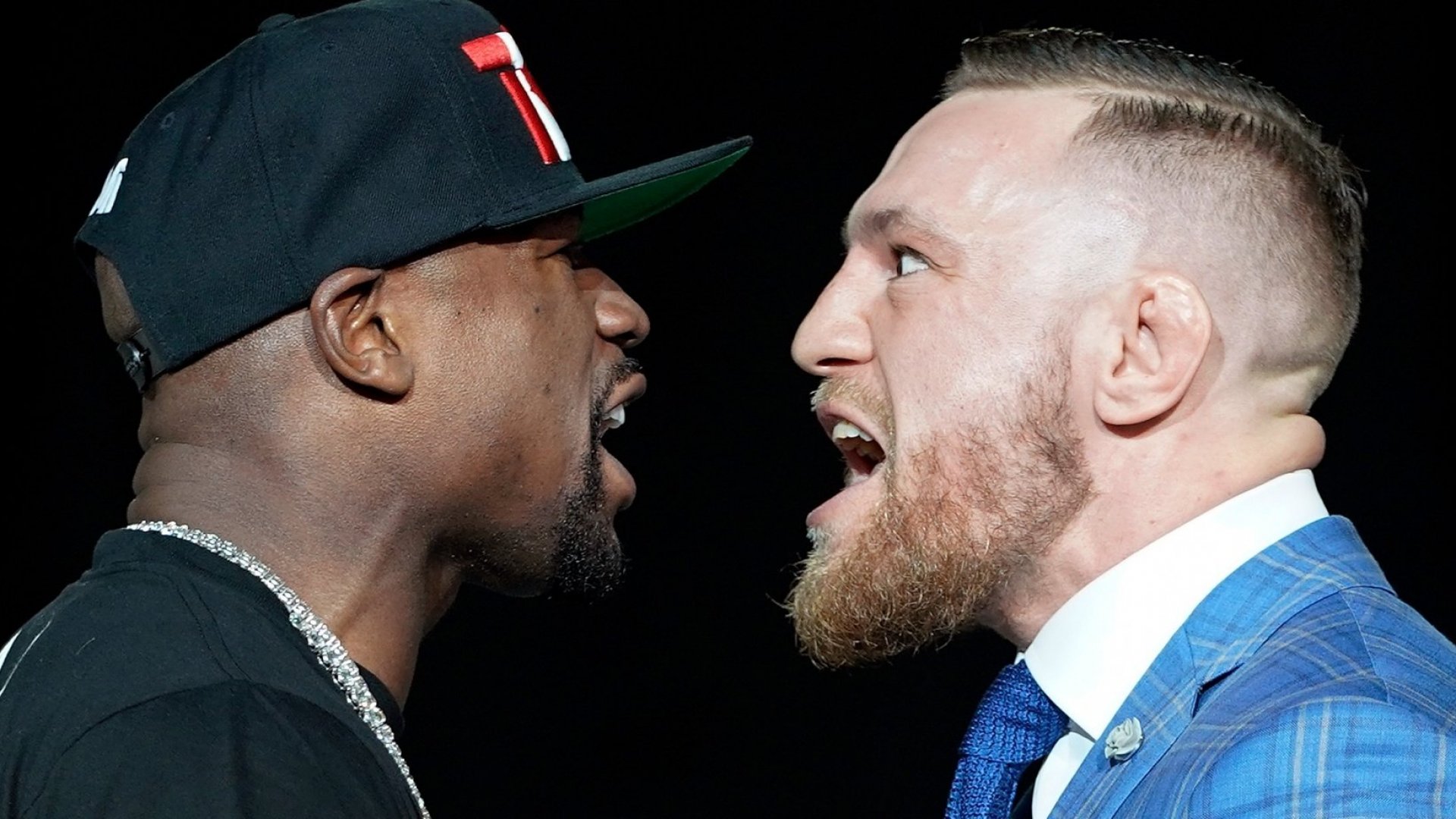 UFC superstar Conor Mcgregor seems to not like the idea of Floyd Mayweather fighting Youtuber Logan Paul in a boxing match. 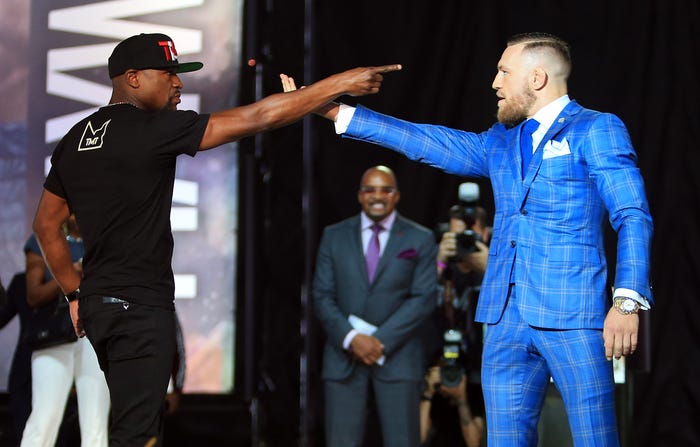 Floyd Mayweather will be fighting Logan Paul in a boxing match on June 6 at Hard Rock Stadium in Florida. They both had a news conference in which they even did a face-off. Later that event, Floyd got into an altercation with Logan’s younger brother Jake Paul, who is also making a lot of headlines these days by initiating fights with many MMA fighters.

Jake Paul and Floyd Mayweather came face-to-face and things then got ugly. Jake tried to run away with Floyd’s hat but got caught by the security and then fell on the ground in the chaos that took place and then slid out of their quick.

‘The Notorious Conor Mcgregor went to social media and took shots on his former boxing opponent in Floyd Mayweather for accepting a fight with Logan Paul just for the sake of money.

“Hey @leonardellerbe, what the fuck is Floyd at? The kid curled up, didn’t fight back once, and Floyd is still running around acting the tough guy. The kid actually just pulled this shambles of a situation Floyd is in out of the drain for him. He should thank him. It’s embarrassing! Pro to pro it’s embarrassing.”

“He will not scratch 10m for this fight and he knows it. It was cancelled once already. The world is watching this on Twitter. He’d fight a half decent pro and command 20m upwards, yet its this shit. Whatever way you spin this, it’s sad. Fight someone for real, on your record, or fuck off mate. Slap head!” – McGregor wrote on Instagram. 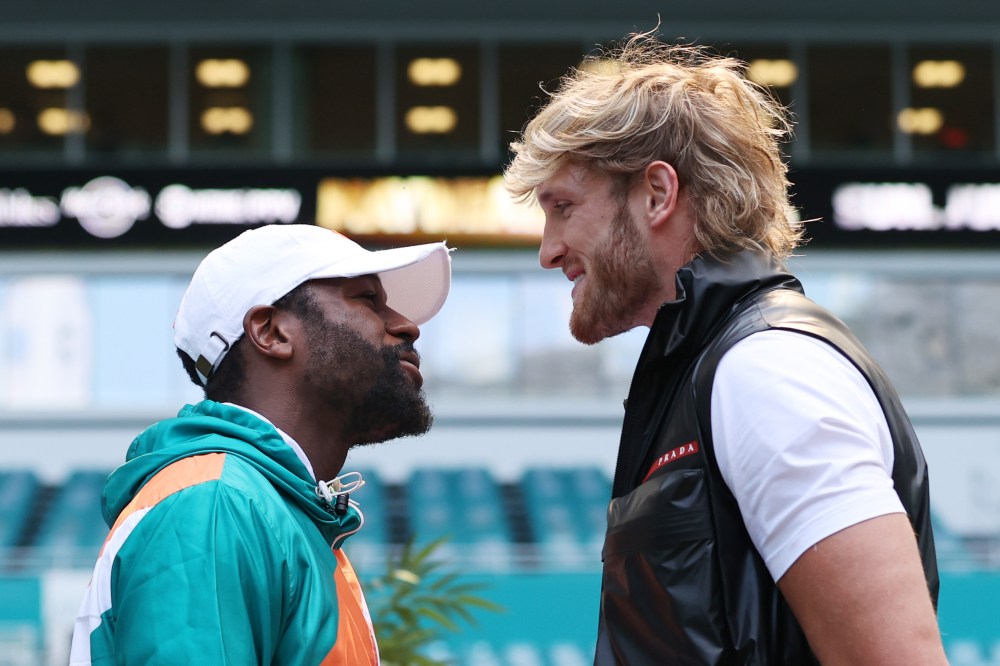 Mayweather has an astonishing 50-0 record with 27 knockouts during a career in which he won multiple world titles in five weight divisions. Among the opponents he beat were Canelo Alvarez, Manny Pacquiao, and Oscar De La Hoya before he retired in 2015. He then came back to fight MMA superstar Conor McGregor in 2017 in a boxing match which he won via TKO. 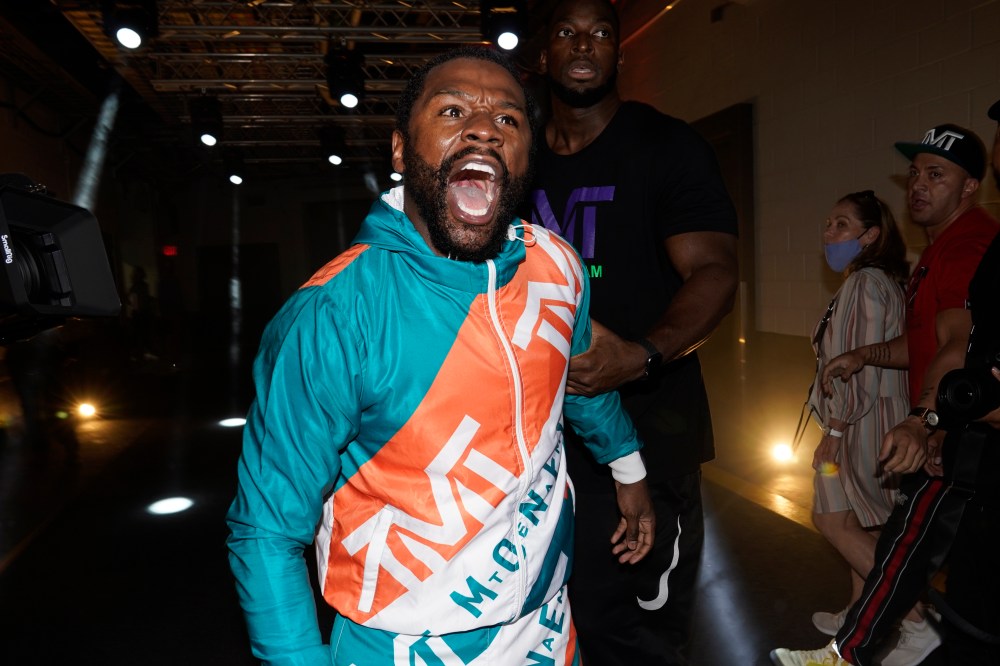 Speaking to The Athletic after the news conference Floyd said that he was disrespected by the Paul brothers.

“I don’t want to be disrespected,” he said. “You can’t keep touching me and disrespecting me.” But he also acknowledged that some prefight hype never hurts. “Jake Paul wanted some attention, and he got it. And so did I,” he said.

26-year-old Logan Paul is followed by more than 20 million on YouTube, Paul began boxing in 2019 with a six-round bout against fellow YouTube star KSI.

“Logan Paul is huge on YouTube and he has a huge following. He’s a big guy, strong guy,” he said. “It’s just fun. It’s entertaining. It’s all about entertainment and, of course, when he’s on social media, he’s entertaining to people all the time.”

What do you guys think of this Fight between Floyd Mayweather and Logan Paul?