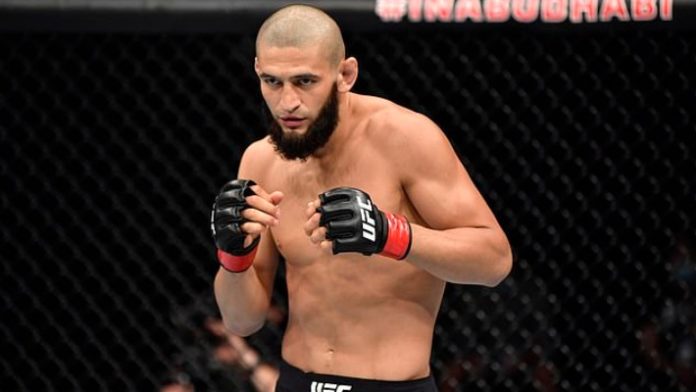 Chimaev (6-0 MMA, 2-0 UFC) in just two fights inside the octagon, already made the unbelievable record of shortest number of days between two UFC wins (10). He did it across two different weight classes which makes it even more impressive.

Chimaev’s dominance inside the octagon and eagerness for quick turnarounds has already deeply impressed UFC President Dana White. After his performances, many including White believe he deserves a notable name for his next fight.

Speaking with former UFC middleweight title challenger Chael Sonnen, ‘Borz’ already has a name in his mind. The undefeated prospect wants a fight against veteran and fan favorite, Donald ‘Cowboy’ Cerrone. He certainly believes he can get the job done rather easily if the fight happens. 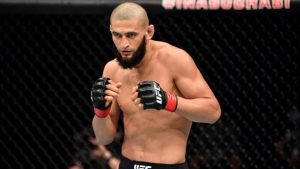 “I don’t know (if I have an opponent yet),” Chimaev said (via BJPENN.com). “I train every day. No, nothing (about Cerrone).”

“I would be happy if they give me him. He has a good name, but for me it’s an easy fight, easy win. I think first or second round, I would finish him.”

Chimaev the next big thing?

Chimaev made his debut taking on a dangerous John Phillips on July 15 at middleweight. Being born in Chechnya, Russia, he showcased his trademark grappling pedigree to dominate Phillips with ground and pound before submitting him in the second round.

He made a quick turnaround within na span of 10 days to take on Rhys McKee. This time around, he showcased even more of a dominant performance finishing McKee in the first round via brutal TKO.

“That’s what we’re trying to figure out,” White told. “We were sitting in here this morning trying to figure out what we think is next. If you ask this kid, he’s ready to fight Usman. You know what I mean? Is he ready for Usman? The way he looks, who knows? Maybe.”

He has landed a whooping 181 strikes and received only 2 in both of his fights combined. At the tender age of 26, sky is the limit for this man!