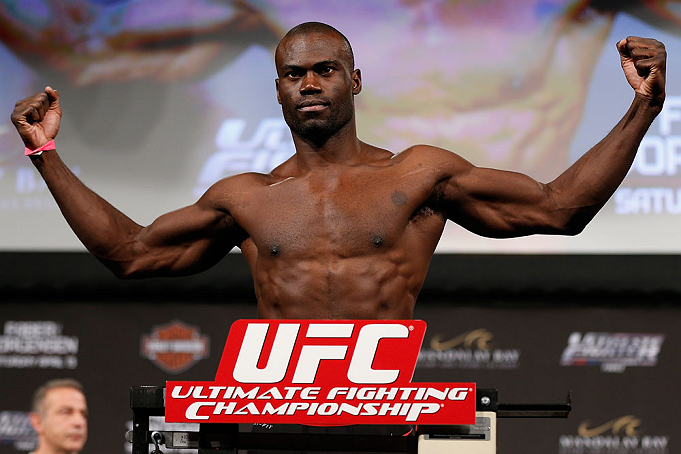 Uriah Hall has called Israel Adesanya a dream fight in the past. It doesn’t seem he’s forgotten about his desire to one day challenge “The Last Stylebender.” While his focus right now is former middleweight king Anderson Silva, whom he faces in the main event of UFC Vegas 12, Adesanya is never far from Hall’s mind when it comes to potential opponents.

Adesanya is currently coming off a lopsided second-round TKO win against Paulo Costa, which came one fight after he defeated Yoel Romero and knocked out former champion Robert Whittaker to win the title.

Hall (15-7 MMA, 8-9 UFC) believes Adesanya has been picking certain matchups that favour his style. Hall, who fights Anderson Silva this weekend in the UFC on ESPN+ 39 main event, said he sees what Adesanya is doing.

“Adesanya is picking his fights, man,” Hall told reporters, including MMA Junkie, during UFC on ESPN+ 39 virtual media day. “He sees what I see. He sees holes in all these guys, and he’s already picking (Jared) Cannonier. He’s looking for easy fights. Yeah, I said it.” (via MMAjunkie.com).

“So I know why he’s picking certain fights, but I’m dynamic, especially where I’m at right now. I’m laser-focused, so it’s a matter of time. I’m just going to play the politics card and whoever the UFC needs me to beat and get to the top.”

Hall is currently on a two-fight winning streak and 3-1 in his past four fights. The 36-year-old currently sits at No. 10 in the official UFC middleweight rankings.

“Prime Time” is excited to share the cage this Saturday against one of the biggest stars in UFC history. “Yeah, this is one of the biggest fights,” Hall said. “Andeson Silva is a legend. I’m just excited to go out there against a guy I watched growing up. To me, I made it. That’s how I look at it.”

To be fair to Adesanya, he has fought most of the top contenders in the UFC middleweight division. Looking at the current top-15 rankings, Adesanya already has wins over No. 1 Robert Whittaker, No. 2, Paulo Costa, No. 5 Yoel Romero, No. 7 Derek Brunson, No. 8 Kelvin Gastelum, and No. 12 Brad Tavares. That being said, there are still plenty of contenders that the champ hasn’t fought yet, including Hall. The possible next in line for Adesanya is the former champ Robert Whittaker who’s coming of a spectacular win over Jared at UFC 254 in which he showed his masterful performance. But it’s all up to the champ, who he wants to face next. Adesanya can also move up to Light-heavyweight to fight the champ. Hall has to first go through the legend in front of him in Anderson Silva.

Who do you guys want to see Adesanya face next?